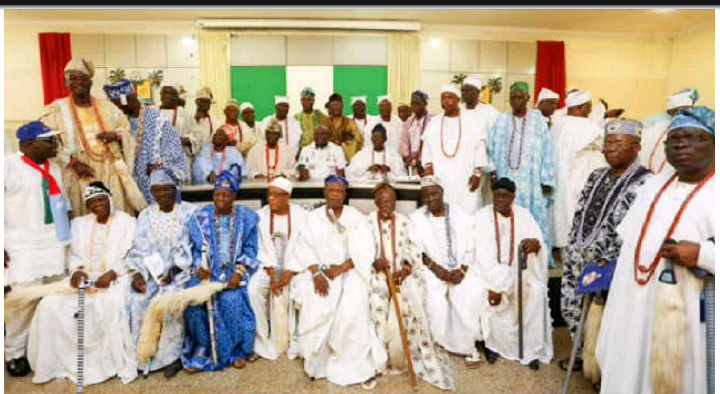 Some Traditional rulers in Eredo/Ikosi-Ejirin Local Council Development Area in Epe Division, Lagos State, have urged the government security agencies and local vigilantes to beef up security surveillance around the communities.

The traditional rulers made the plea in separate interviews with our correspondent in Epe, on Monday.

Oba Olufolarin Ogunsanwo, the Alara of Ilara kingdom, urged both the local and government security agencies to stand up to their responsibility by beefing up security surveillance around the vicinity.

He said this became necessary because security issue was a global challenge that needed to be addressed collectively.

“We, traditional rulers in Epe Division hold security meetings periodically with the government security agencies and local vigilantes and we are sure that the security issues at the local level will improve tremendously.

“Security issue is everyone’s concern, hence, it requires serious attention to tackle it, ” he said.

Also, Oba Asumo Aderibigbe, the Alayandelu of Odo-Ayandelu kingdom in Epe Division, said that security matters should not be held with levity.

“It is a challenge that needed to be addressed and also needed government’s intervention and collaboration.

“The government should be involved fully in tackling security issues at both local and national level, ” he said.

Aderibigbe said the traditional rulers were playing their roles; it was left to the government and the authority concerned to do the needful by participating actively to solve security challenges confronting the nation.

He said traditional rulers in Epe Division would write a joint letter to the Lagos State Commissioner for Police, Department of State Security (DSS) and other agencies to deploy more personnel to the Division, to support in fighting the challenges..