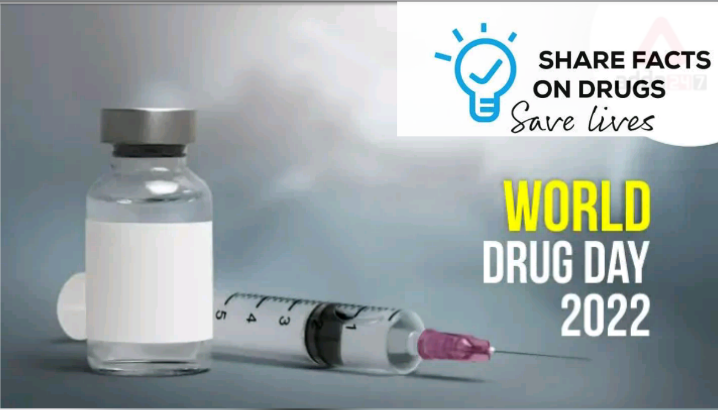 Some mental health experts have advocated increased public awareness on the negative effects of drugs to society.

They made the call at a webinar organised by the International Community for Healthy Alternatives to Drugs (ICHAD) on Sunday in Lagos.

The second annual drug conference with the theme: “Substance Use and Abuse: A Thriving Normal,” was organised to commemorate the International Day Against Drug Abuse and Illicit Trafficking, marked annually on June 26.

He described addiction as a “chronic relapsing brain disease characterised by the desire to use a substance irrespective of the consequences.”

Folaranmi said that curiosity, poor education, genetic transference of addiction, peer pressure and parental negligence were some of the causes of drug use among young people.

He advised drug users to seek professional help and be committed to treatment options such as counselling and therapy.

Folaranmi also urged them to substitute medication and in-patient treatment in rehabilitation centres for detoxification and isolation.

“As someone who was addicted to crack cocaine for seven years, I can tell you that treatment works.

“Get help from professionals such as social workers, psychologists, psychiatrists and rehabilitation centres that will tailor treatment based on the type of drug or substance being abused,” he said.

Also speaking, Bhoomeeka Jain, a psychologist and mental health advocate, said that the overall impact of substance abuse on the brain cells was a gradual process which could ultimately lead to death.

“Substance and drug abuse in the long run can lead to anxiety, depression, paranoia, aggression, a shift in personalities and attitudes, irritation, unusual hyperactivity, psychotic issues and suicide,” Jain said.

Dr Kiki Omeili, a medical doctor turned actress, said that cannabis had become a cult status among creatives, artistes and writers, due to its perceived association with increased creativity.

Omeili said that excessive use of cannabis could disrupt the endocannabinoid system responsible for regulating and controlling critical bodily functions such as learning and memory, among others.

She said that when tetrahydrocannabinol (the principal psychoactive ingredient of cannabis) stimulates the receptors in the brain responsible for thinking, memory and pleasure, it creates unnatural euphoria and a feeling of heightened pleasure.

“This short-lived unnatural pleasure and disruption of the endocannabinoid system cause over- dependence which leads to addiction,” she said.

Speaking on the role of the media in the fight against drug and substance abuse, David Hundeyin, an investigative journalist, blamed the media for escalating drug use without regard for the adverse effects.

“Substance use and abuse has become glorified and glamorised in the entertainment industry and is seen as a harmless recreational activity.

“Some alcoholic drinks are being marketed today as sexual performance-enhancing drinks such that people are not aware of the actual component.

“In the next 15 to 30 years, there would be an explosion of liver and kidney problems as a result of the high consumption of these substances young people take today,” he said.

He urged the broadcast and print media to do more in reporting drug-related issues without prejudice.