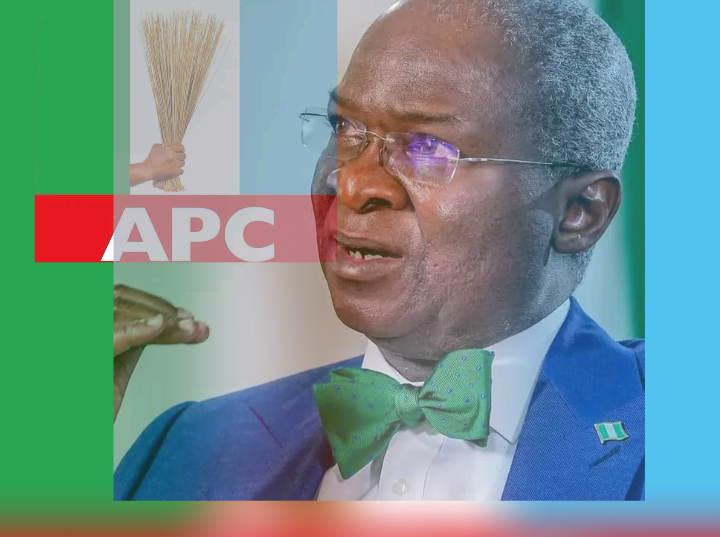 The All Progressives Congress (APC) in Lagos State has congratulated the Minister for Works and Housing, Mr Babatunde Fashola, on his 59th birth annivlersary.

Pastor Cornelius Ojelabi, the Lagos State Chairman of APC, in his congratulatory message to the former governor of the state on Tuesday, said that Fashola’s footprints were well felt across Nigeria.

Ojelabi said that serving as a commissioner under Fashola’s administration between 2007 and 2015, was “like taking a course in a leadership school”.

“The dedication, energy, selflessness and expertise Your Excellency invested in the development of Lagos State to fit into the coinage: ‘ The Centre of Excellence’ is well appreciated by the All Progressives Congress (APC) and the good people of Lagos State.

“Your contributions to the development of the nation as the current Honourable Minister for Works and Housing is well felt across the length and breath of our dear country, Nigeria.

“You have continued to bring to reality the leadership and team spirit God endowed you with, hence, the various achievements you recorded while serving as the governor of Lagos State and now as the Minister overseeing two federal ministeries that are strategic to national development.”

Ojelabi prayed God to continue to grant Fashola long life and good health to be able to serve the people more and be a positive role model to humanity.

FG inaugurates committee on implementation of FEC memo on…