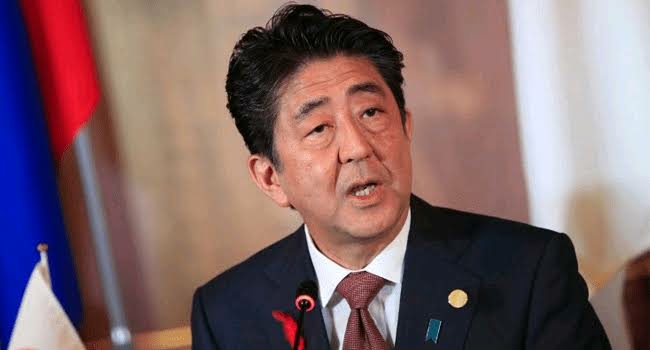 Abe, who was Japan’s longest-serving leader, was shot from behind  while speaking at a campaign event in the western city of Nara.

The 67-year-old Abe went into cardiac arrest and was airlifted to a nearby hospital, where he was pronounced dead.

Police said a man was arrested at the scene and was believed to have carried out the attack.

Guterres, in a statement by his Deputy Spokesman, Farhan Haq, stated that the secretary-general was deeply saddened by the horrific killing of  Abe.

“The secretary-general described the killing as an act that has profoundly shocked Japanese society in a country with one of the lowest rates of gun crime.

“He will be remembered as a staunch defender of multilateralism, respected leader and supporter of the United Nations,’’ he said.

According to Haq, the secretary-general recalls Shinzo Abe’s commitment to promoting peace and security, championing the Sustainable Development Goals and advocating for universal health coverage.

“As the longest-serving Prime Minister, he was dedicated to reviving his country’s economy and serving the people of Japan.

“The secretary-general expresses his deep condolences to Shinzo Abe’s family and the people and Government of Japan.,’’he said

Similarly, Biden expressed shock over the assassination of Abe, describing it as a tragedy for Japan and for all who knew him.

“I am stunned, outraged, and deeply saddened by the news that my friend, Abe Shinzo, former Prime Minister of Japan, was shot and killed while campaigning.

“This is a tragedy for Japan and for all who knew him,” he said in a statement.

Biden stated how the two worked “closely” together when he was Vice President.

“He was a champion of the alliance between our nations and the friendship between our people.

“Above all, he cared deeply about the Japanese people and dedicated his life to their service.

“Even at the moment he was attacked, he was engaged in the work of democracy,” he said.

Also, in a statement, U.S. Secretary of State, Antony Blinken, offered his sincerest condolences on the tragic passing of former Abe.

“Prime Minister Abe was a global leader and unwavering ally and friend of the United States, whose vision of a free and open Indo-Pacific lifted our Alliance cooperation to new heights.

“We offer our thoughts to Prime Minister Abe’s family and the people of Japan. Together with them and the world, we mourn his passing,’’ he said.