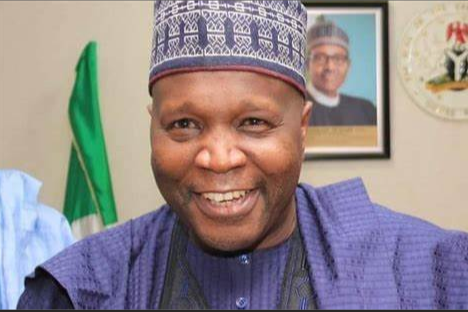 Gov Inuwa Yahaya of Gombe on Saturday inaugurated sales of fertiliser at subsidised rates to farmers in the state for the 2022 wet cropping season.

Yahaya, at the inauguration at Dukkul community in Kwami Local Government Area of Gombe,  urged farmers and pastoralists to embrace peaceful coexistence in their various communities.

According to him, with the growing population in the country, there is the need for intensified efforts at boosting food security, to ensure food availability, hence, the intervention by the state government.

He said that his administration had been consistent in the sales of fertiliser at subsidised rate as well as distribution of farm inputs since 2019.

“This demonstrates our commitment to supporting our farmers toward boosting agricultural productivity and improving their livelihoods by ensuring timely distribution of affordable fertiliser, in fulfilment of our campaign promises.”

He said to ensure that the fertiliser got to the grassroots farmers, the commodity would be supplied directly to the Local Governments for onward sales and distribution through the polling units.

Yahaya said that the objective was to ensure that rural farmers were supplied all the basic farm inputs at their doorsteps without necessarily going through “bureaucratic or economic red-tapism associated with the past.

“I would like to call on our hardworking farmers to take full advantage of this opportunity to advance the cause of their farming activities.”

Yahaya also stressed the need for peaceful coexistence among stakeholders in the agriculture sector, urging farmers and pastoralists to cooperate with one another for peace to continue to reign in the state.

“I am appealing to our farmers against encroaching on grazing reserves and cattle routes. I also call on our herders and pastoralists to avoid grazing on farm lands prior to harvest and evacuation of farm produce.”

The governor commended the Federal Government through its various agencies and commissions that had intervened in the agriculture sector toward improving the wellbeing of farmers as well as boosting food security.