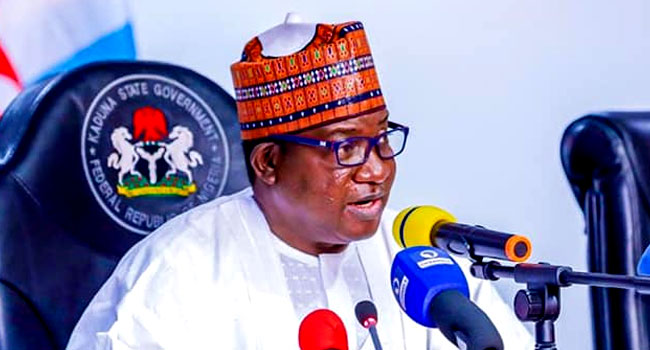 Plateau Governor, Simon Lalong on Friday began the construction of a mass housing estate to address the state housing deficit.

Lalong at the groundbreaking of the estate, which is in partnership with Odigbo Properties Limited, said that the state had a housing deficit of 1.2 million.

The governor stated that the groundbreaking marked another milestone in the provision of mass housing in Plateau through a partnership between the government and the private sector.

The governor pointed out that housing became an important issue because the population was increasing daily while houses were becoming scarce.

“This has led to many challenges, including rapid urbanisation characterised by urban slums, over-crowding, unwholesome environmental conditions, absence of open spaces and overdevelopment of land among others.

“The engagement with Odigbo Properties Ltd for the construction of Royal Palm Estate is one of the outcomes of the efforts of government in this regard.

“There are 19 other MOUs signed on behalf of the government by the Ministry of Housing with private developers and we are awaiting their arrival to commence construction just as Odigbo Properties has done.

“Through partnerships such as this, we hope to address the shortage of mass housing in the state and also address the problem of unplanned development that has seriously affected the beauty of the city and hampered access,” he said.

Managing Director, Odigbo Properties Limited, Chikieze Odigbo said the partnership was borne of the company’s desire to ensure that most Nigerians had quality roofs over their heads.

Odigbo announced that Royal Palms Estate, sitting on 40 hectares of land, would provide over 500 houses.

The managing director stated that based on the advice of the Plateau Ministry of Housing, the houses, comprising three bedrooms, two-bedroom bungalows and one bedroom would be built in phases.

“For the first phase,  50 houses will be completed within eight months meaning that 50 families will live in the next eight months. The next phase will be 100 houses and we will continue like that till we meet our target.

“In fact, Royal Palms Estate is a one-stop where every facility and service would be provided within,” he explained

According to him, there would be solar power in each house with its panel.

Chairman, Odigbo Properties Limited, Gen. Daniel Bako, told the gathering that adequate security would be provided in the area

Bako appreciated the community leaders and land owners for making the land available.

The chairman thanked the agencies that subscribed to the programme, saying that their staff would remain grateful for the gesture.

Plateau Commissioner for Housing, Ibrahim Dadi said that housing projects came along with many employment opportunities for youths.

Dadi urged citizens particularly civil servants, to take advantage of the estate to own their houses.

The News Agency of Nigeria (NAN) reports that the groundbreaking was witnessed by many dignitaries within and outside Plateau.