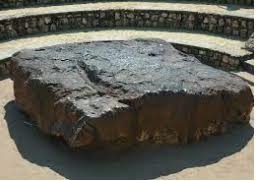 Their findings, published in the Nature journal, are based on the examination of tiny zircon crystals in rocks from a region known as the Pilbara Craton in the northwest of the state of Western Australia (WA).

The Pilbara Craton had long interested geologists as it was believed to contain the best-preserved section of the Earth’s ancient crust.

Also dating back to a time when the planet consisted of a huge land mass or supercontinent.

A process starting with the melting of rocks near the surface and progressing deeper, consistent with the geological effect of giant meteorite impacts.

Johnson said zircon could survive intact for billions of years, which meant scientists could  determine “quite precisely when it was formed, based on the decay of the radioactive uranium it contains.’’

“What’s more, we can find out about the environment in which zircon formed by measuring the relative proportion of isotopes of oxygen it contains,’’ he wrote in an article published on the website of The Conversation on Thursday.

Johnson said the research provided the first solid evidence that the processes that ultimately formed the continents began with giant meteorite impacts.

Similar to those responsible for the extinction of the dinosaurs, which occurred billions of years earlier.

“Data related to other areas of ancient continental crust on Earth appears to show patterns similar to those recognised in Western Australia,’’ he said.

“So we will like to test our findings on these ancient rocks to see if, as we suspect, our model is more widely applicable.’’