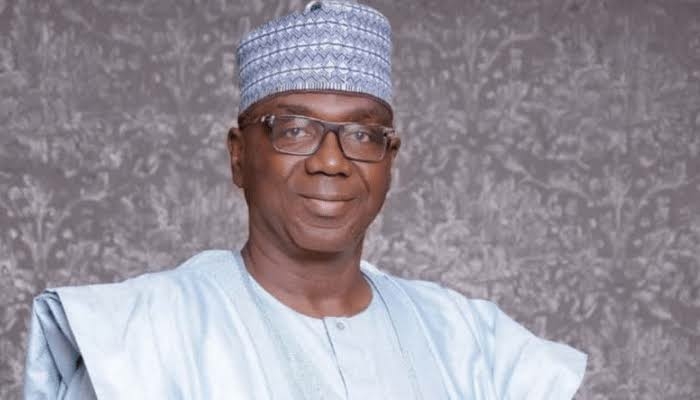 Share on FacebookShare on Twitter
Kwara State Governor, AbdulRahman AbdulRazaq has empowered 100 Kwara youths with N1 million each to support their businesses and make them self reliant.
AbdulRazaq said this on Friday while presenting the cheque to the beneficiaries to commemorate this year’s International Youth Day (IYD) in Ilorin.
He said youth inclusion and productive engagement were key to sustainable future.
”The N1 million grant is funded through Kwapreneur 2.0, a programme specifically designed to support businesses owned by young people and funded through the Kwara State Social Investment Programme (KWASSIP).
”Last year, the scheme gave at least 170 young people an interest-free loan ranging from N250,000 to N3 million.
”The country must seize every opportunity to engage its growing young population.
“This is an opportunity for growth and prosperity, but it could also be a threat to stability, peace and security on the continent, if not managed.
”This is why we must not lose the conversation around inclusion, growth, quality engagement and empowerment of young people.
”For this reason, I align myself with the theme of this gathering, which is Intergenerational Solidarity: Creating A World for All Ages,” he said.
KWASSIP’s chief AbdulQuawiy Olododo said the beneficiaries were drawn from a pool of those who had applied for Kwapreneur 1.0 and nominations from artisan groups, community organisations and youth groups, among others.
In her remarks, Mrs Kaosara Adeyi, the Special Assistant on Youths Engagement, appreciated Gov. AbdulRazaq, for giving out the grants to the youths to boost their businesses.
She applauded AbdulRazaq for considering the youths, saying that youths are the leaders of tomorrow.
Adeyi urged the public to support each other to achieve the Nigeria of our dream.
The National APC Youth Leader, Mr Dayo Israel, said happenings in Kwara in terms of good governance and sincerity of purpose is a beacon of hope that things would turn out better in the country, irrespective of the current challenges.
Debating the theme of the event, panelists took turns to commend the government for supporting businesses owned by young people.
One of the panelists, Afolabi Oshatimehin, noted that the programme would make the youths realise themselves and their potentials.
Oshatimehin, who is also the Commissioner for Solid Minerals, commended the governor for giving the youths the power of self worth.
Another panelist,  who is a Community Development Practitioner, Mr Lawal Olohungbebe, said the present administration has built a conducive environment for investors to thrive.
On his part, the Chairman, Kwara North Development Council, Mr Jerry Kolo, explained that AbdulRasaq has created network for youths in Kwara to be independent.
Kolo said that the construction of roads in Kwara North has created job opportunities for many youths.
The Chairman, National Youth Council of Nigeria, Kwara branch, Mr Ali Nasim-Yusuf, said the council is ready to  support the second term bid of AbdulRazaq for his achievements in the state.
Responding on behalf of the beneficiaries, Ms Afusat Adewale, also appreciated the governor for giving them opportunities to be independent.
She promised that all of them will use the money judiciously.