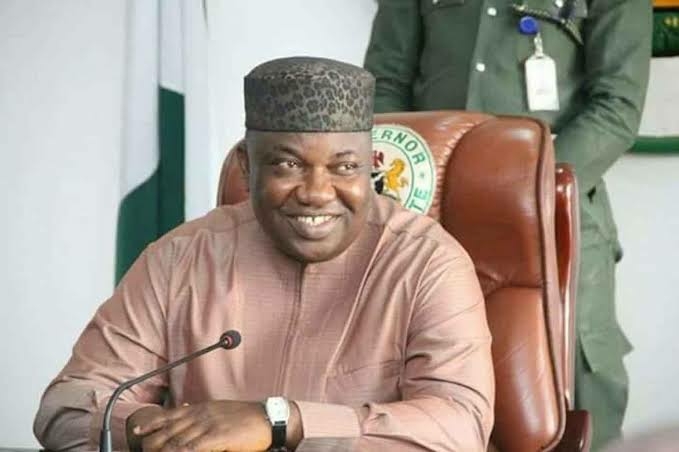 Gov. Ugwuanyi who is the leader of the party in the state and the South East geo-political zone, is also the candidate of PDP for Enugu North Senatorial District in the 2023 general elections.

The chairmen stated that their roles as foot soldiers of the PDP at the grassroots, was to deliver all the candidates of the party in the state at the polls.

They also reiterated their commitments to the success of the Gov. Ugwuanyi-led PDP state government.

They reassured Gov. Ugwuanyi that they were intact, united, focused, more formidable and committed to the task of delivering him, Mbah, his running mate, Mr Ifeanyi Ossai, and other candidates of the party.

The PDP ward chairmen, expressed delight at Gov. Ugwuanyi’s performance as well as his outstanding leadership qualities, maintaining that they were resolute in their decision to deliver the party and its candidates in the 2023 elections.

They added that the governor, through his “good works, uncommon leadership style, magnanimity, political sagacity and inclusiveness”, has made the job of delivering the PDP and its candidates easier for them.

They used the opportunity to appreciate Gov. Ugwuanyi for the election of Mbah as the party’s governorship candidate in Enugu State, describing him (Mbah) as “a marketable product”.

The Coordinating Chairman of the wards, Mr Ozo Okpe, stated that Gov. Ugwuanyi’s commitment to the progress of the party in the state and the South East zone was exceptional.

Okpe told the governor that “you came and did for us what has never been done for the ward chairmen in the history of this state”.

Responding, Gov. Ugwuanyi thanked the chairmen for their solidarity, kind words and renewed vigour and assurances to deliver all the candidates of the party in the forthcoming elections.

The governor, who acknowledged their status as leaders of the PDP in their various wards, pointed out that their resolve and unity of purpose were testimonies that the PDP was fully on ground and that they were in charge of the activities of the party in their wards.

Endorsing Mbah, Gov. Ugwuanyi prayed that the PDP governorship candidate would succeed him in 2023, urging the chairmen to remain steadfast and give him (Mbah) the same support.

He, however, prayed that his administration would finish strong and end in praise.