US, FUD Sign MoU On Establishment Of Public Information And Activity Centre 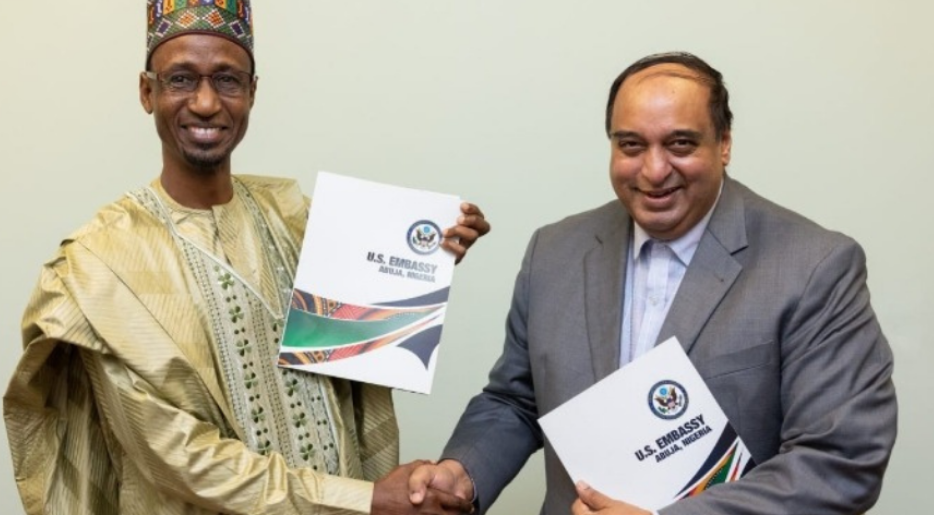 The United States and Federal University Dutse (FUD), Jigawa, have signed a Memorandum of Understanding (MoU) to improve and strengthen the institution’s public information centre.

This is contained in a  statement by the university’s Chief Information Officer, Alhaji Abdullahi Yahaya-Bello, on Monday in Dutse.

Yahaya-Bello said by the understanding, the USA Public Affairs Section (PAS) in Nigeria, and FUD, were expected to jointly establish a Public Information and Activity Centre known as the Window on America, housed within the university’s library.

The Window on America is an Information Centre, a miniature American library giving you a chance to use its resources, unique book collections, free access to the Internet, and data of e-library.

According to him, the duration of the project will be between August 2022 and August 2027.

He said the MoU was signed by the Vice-Chancellor of university, Prof. Abdulkarim Sabo and Mr Adnan Siddiqi, Counsellor for Public Affairs of the Embassy.

He said while the university would provide space in its library, the embassy would provide the Window on America programme, including its equipment and collections.

According to him, the centre will be freely accessed by the public as well as to any Window on America-provided services and programme activities.

“Part of the agreement also shows that the Embassy shall provide the Window on America with basic print and electronic resources about the United States at the Embassy’s discretion, and with guidance from FUD library on topics related to bilateral interests.

“According to the agreement, the FUD library will also help to distribute promotional materials to the public to enhance mutual understanding and engagement between the people of Nigeria and the people of the United States of America as well as to inform the public about the Window on America’s activities.”

He added that the Window on America should be opened to the public at least 20 hours per week.