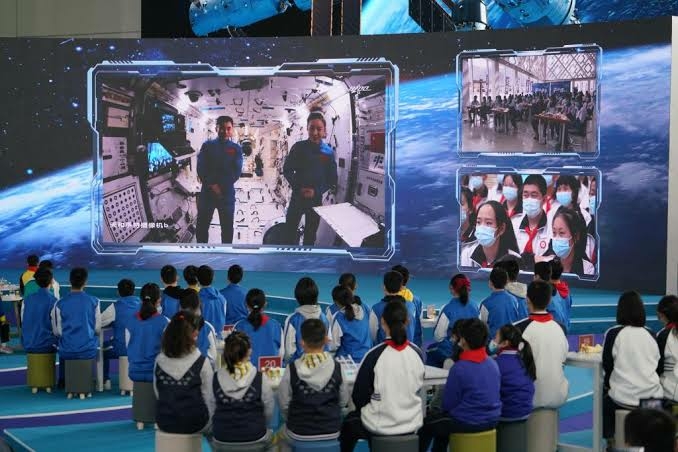 Share on FacebookShare on Twitter
Li Meng, Vice Minister of Science and Technology, disclosed this at a press conference on Monday.
He said that the country would strengthen the coordination of over 40 government agencies to jointly implement a newly issued official document on the work of science and technology popularisation in the new era.
Meng said that the cyberspace had become a key area of science popularisation work, the network-based science popularisation teams should receive support and encouragement to improve their scientific nature and services.
“The science popularisation media are evolving from print and exhibition boards to digital and intelligent means, integrating both offline and online media.
“The fast upgraded information and media technologies are facilitating the spread of sci-tech knowledge in both content and methods,” he said.
Meng said that more than 80 per cent of science information was spread via network channels, such as websites, Weibo and WeChat.
He said that the country would encourage and guide more social funds to invest in science popularization work in various ways.
Such as building sci-tech museums, establishing related foundations, or setting up related forums with international influence.
Meng said that so far, government funds had been a major source of finance for China’s science popularization work.
In 2020, the country’s total expenditure on science popularization was 17 billion yuan (about 2.45 billion U.S. dollars), of which 80 per cent was from government allocation.
He said that China had a total of more than 1,500 sci-tech-related venues, which fell far below public demand.
“In the past decade, China has continued to improve science education and training, develop facilities for science popularisation, and increase investment in this regard,” he said.
Meng said that according to the action plan for science literacy of the people (2021-2035) issued in 2021, China would invest major effort in five key projects:
The projects are popularisation of sci-tech resources, promotion of popular science, popular-science infrastructure, the promotion of popular-science ability at the grassroots level and international exchanges and cooperation.