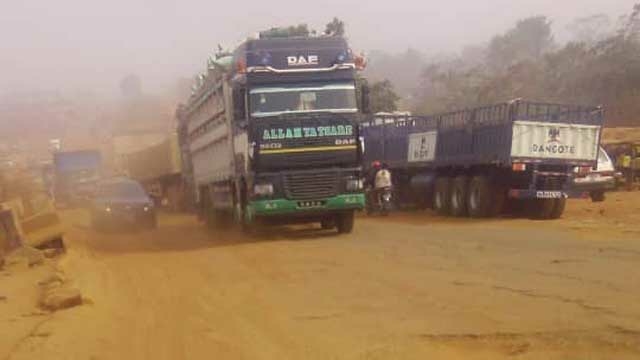 Former Gov. Lucky Igbenedion of Edo has called for the Federal Government’s urgent intervention on the dilapidated Benin-Ekpoma-Auchi Road.

Igbenedion made the call on Monday during the inauguration of the Intercontinental Paint Plc and Exhibition Fare in Benin.
He expressed concern over the deplorable condition of the road and appealed to the Federal Government to take urgent steps to rehabilitate it.

He said: “For long, we have continued to hear about the experience of motorists on the Benin-Ekpoma-Auchi Road.

“We hear that people now spend days on the road from Ekpoma to Auchi and beyond. A lot of man-hour and economic activities are lost because of the poor state of the road infrastructure.

“In most cases, goods are damaged in transit because vehicles cannot reach their destinations on time.”

Igbenedion opined that fixing the road would help to ease the movement of goods and services in the area.

He commended the company for siting the factory in Benin. The former governor also advised the government at all levels to provide an enabling environment for businesses to thrive.

He said that government alone could not develop the state, hence the need for public-private partnership.

Earlier, the company’s Managing Director/Chief Executive Officer, Aigbe Omoregie, also spoke of the need for the government to create an enabling environment for the youths to participate in growing the economy.

Omoregie said, “Government should also patronise local manufacturers because they have the potential for quality products and ability to grow the nation’s economy.

“I started the company in 2006 with just N18,000 and today, we have our factories in Lagos, Uganda, and now Benin City. The factory in Benin will serve the South-South region.

“Today, the company is worth over one million dollars and our vision is to ensure that it becomes the number one paint in Africa,” Omoregie said.

Highlights of the event included the conferment of the “Mentor-of-the-Year Award” on Igbenedion, while Chief  Osamede Adun, aka Bob Izua, also received “the Father that encourages younger ones to grow award”.