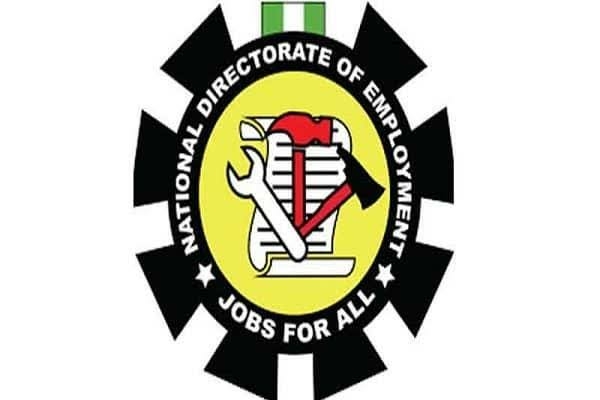 Share on FacebookShare on Twitter
The National Directorate of Employment(NDE) on Monday in Port Harcourt commenced training of 50 persons on sustainable agricultural development to enhance food production in Rivers.

Duke, represented by, Mr Joshua Fagbemi, Senior Officer, REP Department, said that the training being organised in the state would increase food production.

He said the training was to prepare the beneficiaries on advanced level of agriculture to enable them to meet the standard needed to enhance their farming when they received agriculture loan from government.

“We believe that the training will help them to be skillful enough to be able to sustain what will be given to them as loan to enhance their agricultural businesses,” he said.

The head of REP department urged the beneficiaries to take the training programme as a treasure given to them, to enable to them to come out of unemployment.

He stated that the participants who proved themselves qualified after the training would get loan, and encouraged them not to be distracted but pay attention to their instructors.

The State Coordinator of NDE in Rivers, Mrs Maureen Okeji, also said that one of the agency’s mandates was to design and implement job creation programmes towards combating unemployment, reducing poverty and creating wealth.

Okeji said the directorate few months ago, trained 100 persons on SADT programme in Oyibo Local Government Area of the state where 50 were selected to be empowered.

The coordinator encouraged the beneficiaries to make good use of the opportunity given to them by NDE to improve their livelihoods.

The Head of Department Rural Employment Promotion NDE, Rivers, Mrs Owanaba Omofaye, said that the 50 beneficiaries of the SADT programme would be trained for five days on fifteen modules on advanced level agriculture.

She said that agriculture was the next hub of the economy which society needed to enhance food production in the state and the nation at large.

Omofaye said that the beneficiaries would be trained on how to write business plans and other policies of agro business farming.

“We are expecting the beneficiaries to train at least more 100 persons after their own training to reduce unemployment in the country,” Omofaye said.

Also, the Director of Cooperative, Rivers Ministry of Commerce and Industry, Mrs Elizabeth Chidi-Wike, said the post training of the beneficiaries was to help them understand what they needed in agriculture to boost their production.

Chidi-wike said that the training would also help them to channel the loan appropriately without mismanagement.

“The training is to educate the beneficiaries on how to enrol into cooperate groups where they put their money together and start businesses that will benefit their families and society at large,” she said.