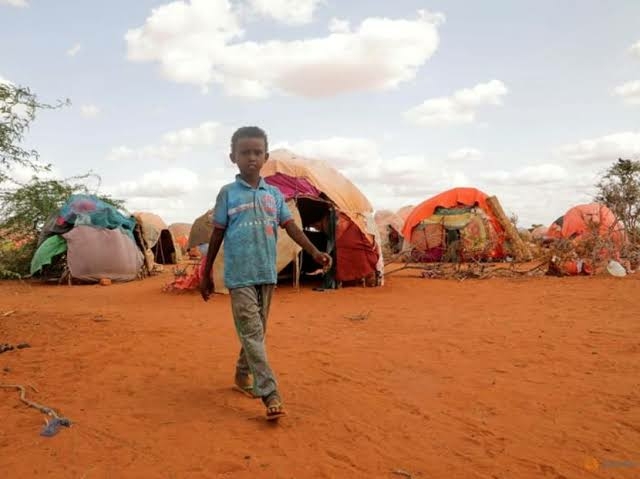 The Horn of Africa is in the midst of a four-year drought – the worst spell in over 40 years – and experts say the region is on track for a fifth consecutive failed rainy season.

“Famine is at the door,” UN humanitarian chief Martin Griffiths said at a news conference in Somalia’s capital Mogadishu.

The indications were that famine would affect parts of south-central Somalia, but it was worse now than those of 2010 and 2011 due to four failed rainy seasons and decades of conflict.

In 2011, famine claimed more than a quarter of a million lives, most of them children.

Global aid agency International Rescue Committee (ICR) said on Monday that back in 2011, the declaration of famine came too late.

“People are already dying,” ICR head David Miliband said in a statement. “During the last famine in Somalia in 2011, half of all deaths occurred before famine was declared.”

In June, the UN’s children agency also warned that the world must “widen its gaze” from the Ukraine-Russia war to prevent the east African nation from sliding into famine.

It added that $250 million is needed to stave off catastrophe there.

“An explosion of child death is about to happen in the Horn of Africa,” Rania Dagash, deputy regional director of UNICEF, told a briefing.

Dagash noted that Somalia has 386,000 children in urgent need of treatment for life-threatening malnutrition, numbers that are already higher than the 340,000 children who needed treatment in 2011.