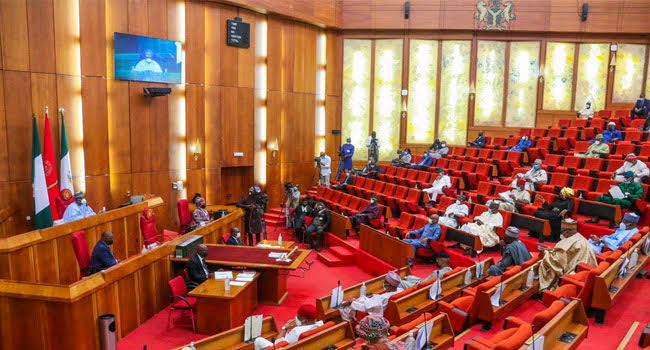 Mustapha (APC-Ogun East) gave the assurance on Wednesday when he led other members of the committee on a courtesy visit to Oyo State Governor, Seyi Makinde.

According to him, election results in 2023 will be transmitted electronically in line with the 2022 Electoral Act.

“Good enough, we had two elections held in the last few months and both were guided by the 2022 Electoral Act.

“Up till today, a sizeable numbers of people across the country believe that the two elections were very credible and transparent.

“So, I don’t think we are going to have anything less; in fact, it will be better in 2023 election,” Mustapha said.

He said the committee was in Ibadan to sensitise the people on the new Electoral Act.

Mustapha recalled that the last major amendment to the Electoral Act was in 2010, adding there had been so many complaints nationally and internationally between then and 2022.

The committee chairman said: “The Senate felt it was becoming a global embarrassment for the country and that the senators felt Nigeria’s own should not be different from the standards operating across the world.

“As a result of this, we are sensitising our people across the country on the new Electoral Act to let our people know their responsibilities in the coming elections.

“And, to let them also know what they should do and what to expect as far as the Laws of the land are concern during elections,” he said.

The committee chairman, however, sought for the support of the state government in sensitising all the state residents on the new Electoral Act.

Responding, Makinde, represented by his Deputy, Chief Adebayo Lawal, described the sensitisation as accurate and timely.

The governor promised that his administration would adequately sensitise the people of the state on the positions and gains of the 2023 Electoral Act.

According to him, the state government will use various fora to help the committee amplify and expand the message to the nooks and crannies of Oyo State.

He said that the country had been making progress with regards to election conduct and management.

“Progressively, Nigeria is making progress with respect to electoral processes, though, we cannot say a piece of legislation is completely perfect, but 2022 Electoral Act captured all of those imperfections.

“The Electoral Act of 2022 was used in the last election in Osun State and even, before INEC declared results, we all knew what was coming out.

“INEC was only giving imprimatur of authority by declaring results, respective political parties already knew the outcomes of the exercise.

“So, this sensitisation is good and coming at the right time; it will make members of the public to be aware of what they are expecting to come across in the 2023 general elections.

“Gone are the days of ballot box snatching, which is quite significant.

“Sanity is being introduced now, because parties must work hard to make sure their candidates win election as there is no more magic,” Makinde said.

According to the governor, as you get accredited, you vote and your votes will count and that is the hallmark of electoral transparency.

“So, we thank the Senate for making this significant amendment.

“Sensitisation is not just about this committee, as I believe INEC will take it upon itself a little more than what the Senate Committee is doing.

“This is because we must have a template across the nation to give the impression that it will no longer be possible to rig elections,” he said.