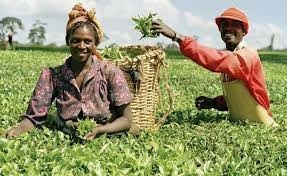 The European Union (EU) and Oxfam in Nigeria and other stakeholders, have expressed satisfaction with the 10 million euro EU Support to Food Security and Resilience in Taraba State (PROSELL Project).

They made this known during a Stakeholders’ meeting organised by OXFAM aimed at examining the extend to which PROSELL has achieved its goals and objectives, while identifying various changes and challenges to develop sustainability workplan in Abuja.

The EU in 2018 launched the project known as PROSELL, to improve the resilience of small-scale farmers, fishermen and livestock owners in the face of shocks from climate change, such as changing rainfall patterns, drought and desertification.

The projects is being implemented in Takum, Zing, Kurmi, Donga, Wukari and Ardokola Local Government Areas of Taraba.

The project being implemented by Oxfam and Development Exchange Centre (DEC) would be implemented in 54 months in targeting 40,000 households in six LGAs namely: Ardo Kola, Takum, Zing, Kurmi, Wukari and Donga.

Ms Samuela Isopi, the EU Ambassador to Nigeria and ECOWAS said the 10 million euro budget for the project was part of the union’s taxpayers solidarity with Nigeria to make an impact in food security, poverty alleviation, and access to food.

Isopi represented by Mr Temitayo Omole, Programme Manager, Social and Community Development, said in 2014, EU did an elaborate assessment of needs in Nigeria and the states with the highest burden of food insecurity were Taraba, Adamawa and Kebbi .

She said that following that analysis and taking the limited resources into consideration, EU picked Kebbi and Adamawa in the first round of funding and then when additional funding came up Taraba was picked as focal sector for food security.

“The EU funding in practice is catalytic to demonstrate possibility with regards to the issue of food security, the implementation has been quite good in fact, it has met our expectation from different criteria.

“This is in terms of the management of resources, identification of beneficiaries, communities and locations, the interaction that we are having with key stakeholders like the state and local governments in the six LGAs where the programme is being implemented in Taraba.

“One of the key indicators for success in the implementation is the capability of the programme to empower our government counterparts at the state and local government levels and at the community level to be able to do things better.

“It has also expanded the scope of possibilities in terms of service delivery especially extension services, so yes implementation is definitely going well.’’

Isopi said the expected outcome from the project was access to food and strengthening of government systems and structures to provide more services to support Taraba indigenes.

Also speaking, Dr Vincent Ahonsi, Country Director, Oxfam in Nigeria said the PROSELL project would build the resilience of 40,000 small-scale farmers, fishermen and livestock owners made up of 50 percent women, 30 per cent youths and 20 per cent vulnerable housing in commodity value chain and rural enterprise.

Ahonsi said the project followed the success of Pro-Resilience Action (PROACT), a similar EU-funded, Oxfam-implemented project that reached over 35,000 households in Kebbi and Adamawa states.

“The project has been strengthening the capacities of over 40,000 households who rely on agriculture and other natural resource-based livelihoods.”

Ahonsi said the PROSELL project has demonstrated that rural livelihoods could be greatly improved through a hybrid of approaches aimed at building capacities to optimise livelihood activities, facilitate rural financial inclusion among others.

“As we review the fourth year performance of the project , let this be an opportunity for us to rethink the fundamental importance of strengthening systems to build resilience and ensure quality, equitable, inclusive and gender-sensitive food security. ”

Ahonsi also urged participants to share knowledge and ideas on possible ways to chart pathways for the sustainability of the gains of the project.

Simon said the federal government through the Ministry of Agriculture was ready to explore all sectors and aspects of collaborations with Oxfam and other development partners to achieve the Sustainable Development Goal of a hunger-free country and eradicate poverty.

Simon said the government was working to ensure that its policies trickle down to rural dwellers so that agriculture becomes the main stay of the economy instead of oil.

“My take home is the success story of Oxfam in Taraba and what the government can do to improve on the project and sustain the collaboration.”

Dr David Ishaya , Commissioner, Ministry of Agriculture, Taraba, thanked EU for the gesture, saying that in 2017, the Governor of Taraba, Dairus Ishaku approached the EU and sort for intervention in the area of agriculture, health,water among others.

Ishaya said Taraba as an agrarian state has a lot of potentials but limited fund, so the EU in her wisdom was able to pick intervention in the agricultural sector.

“That was how this project came about, the intervention was to the poorest of the poor farmers in about 40,000 households in about 80 communities.

“The poor were carefully selected by PROSELL and the intervention is being done, and to my assessment, the project has fared very well and made some positive impact in the lives of the poorest of the poor.

A traditional ruler, Ikpi Polycarp, Tih Manya , Takum LGA , expressed gratitude to EU and its implementing partners, Oxfam and DEC for the kind gesture to invest in the agricultural sector of Taraba.

Polycarp said that before the intervention, the beneficiaries of the project poor and vulnerable and were always seeking help from traditional rulers.

“However, with the interventions through PROSELL, the burden on us the traditional rulers have been lessened as they can now feed their families and even empower other people in their communities ,so I thank God for this project.”

Mrs Charity Yuhanna ,a beneficiary from Wukari, said she was broke and was always begging for assistance but with PROSELL she now has farms of her own and is doing other businesses.

Mr Iliya Luka ,a youth , said PROSELL assisted him to increase his farm produce and with loan which he used to buy motor cycle and grinding engine “with the gains I made from the machines, I have was able to repay the loan and now they are mine”.