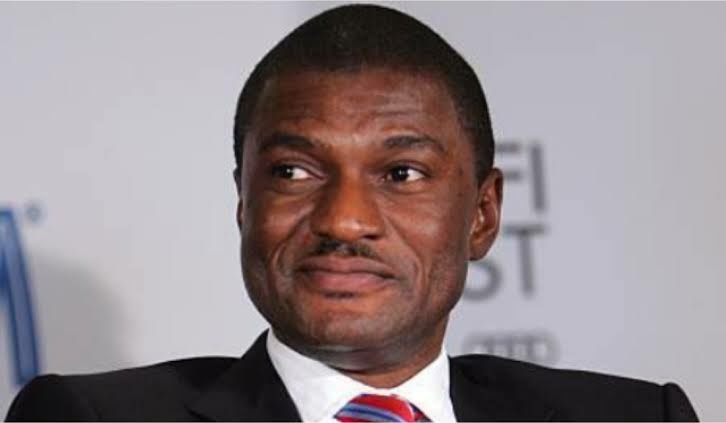 Dr Frank Nweke Jr., the All Progressive Grand Alliance (APGA) Governorship candidate for the 2023 general election, said his government will restore Enugu State to its identity with integrity.

Nweke gave the assurance when he had a conversation with a cross section of citizens at the Enugu Sports Club, GRA Enugu, on Sunday.

Addressing the audience, Nweke said, if elected into office in 2023, “I will work with seven basic key thrusts to reignite Enugu State.”

Nweke said PDP has not offered anything to the Igbos at the national and state levels and needed to be voted out and usher in a party that can deliver.

“It is time to build a regional bloc with APGA as we all know that no individual business can thrive if the macroeconomics and policies continue to favour only a few.

Nweke Jr. said, “it is sad that the issues we are dealing with are still the basic issues like water scarcity, bad roads and deep poverty.

“My government will ensure that the dignity of the state is restored as Water will flow in Enugu City in 12 months, roads will connect farms to markets, and security will be top priority.

“Leadership accountability and transparent leadership will be our watchword to ensure that all members of the government stay true to their promises to better the lives of people in Enugu,” he said.

In his welcome address, Mr Henry Nwosu, the executive chairman, Enugu Sports Club, welcomed the audience and called for synergy among stakeholders in the state and South East.

According to him, the conversation is to help participants streamline, articulate and effectively communicate their ideas, as well as their thoughts and intendments as to the various aspects of socio-economic, political and administrative service that they or their parties aspire to render to the people.

“We deliberately designed the programme to feature one candidate at a time so that we would have much time to review all the burning issues of the day with each candidate.

“Collaboration is really needed among the South East governors irrespective of party affiliations if we are genuinely concerned about developing the region,” he said.

In his vote of thanks, Dr. Ignatius Anya thanked the APGA candidate for sharing his ideas with them, saying that it is not an easy decision to take.

“For the fact that you recognised us, we will give you our support, hoping that you will fulfill the promises you have made to the people of the state.

“It is necessary for those who want to rule the state to tell us how they are going to rule us, so that we will hold them by their words when the time comes,” Anya said.

He reminded the candidate that it is not only Enugu indigenes that are leaving in the state as people from other states contribute heavily to the development of the state.