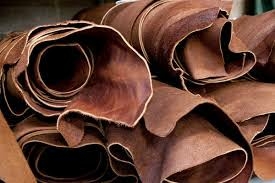 Yakubu made the disclosure on Wednesday during the 6th Annual National Conference of the Society for Leather Technologists and Chemists of Nigeria, holding in Zaria.

The director-general, however, said to achieve that, Nigerians should stop the consumption of animal skin.

According to him, Nigeria should ban the consumption of animal skin to ensure the development of robust leather enterprise.

“Leather export from Nigeria has been projected to generate over one billion dollars in annual revenue by the year 2025, thus making it a cash cow in the non oil sector of the economy,” he said.

The D-G cited the Nigeria Export Promotion Council trade performance index as indicating that Italy and Spain receive over 71 per cent of the total leather exports from Nigeria.

Yahaya argued that “inappropriate” consumption of animal skin has led to the closure of most tanneries in the country.

“Many leather industries have been shut down, with less than 14 tanneries managing to exist at various levels of operation.

“Several reasons were identified and documented for the closure of the tanneries, major among them was the inappropriate consumption of animal skin which is the principal raw material for the leather industry.

“Aside the economic indiscretion of having animal skin in our menu, you will agree with me that the health and environmental hazards associated with handling, processing and consumption of animal skin should be of concern to us,’’ he said.

The director-general said he would continue to engage key stakeholders in the crusade against the consumption of animal skin across Nigeria.

He however agreed that it would be a herculean task to stop its consumption, but believed that with consultation and legislation, it would be achieved.

“With consultation and legislation, this principal raw material for the leather industry will be rescued from our kitchen and redirected to a more productive leather enterprise,” Yahaya said.

He urged the leather technologists and chemists to join NILEST in the project to end the consumption of animal skin in the country, so as to harness its potential for the growth of the leather industry.

In his remarks, Dr Pushaka Julius, National President of the Society, said they would work with the institute and other key stakeholders to fill in the gaps with a view to technologically transform the leather industry.

He said the world was going high-tech and conventional ways of doing things had changed, as such “Nigeria’s leather sector needs to key into the global trends.”

Earlier, Dr Danlami Elisha, Chairman Local Organizing Committee of the conference, said Nigeria was seventh in Africa on the list of countries that produces hides and skin.

Elisha said the conference was aimed at providing better ways of transforming Nigerian leather industry to boost revenue and employment.