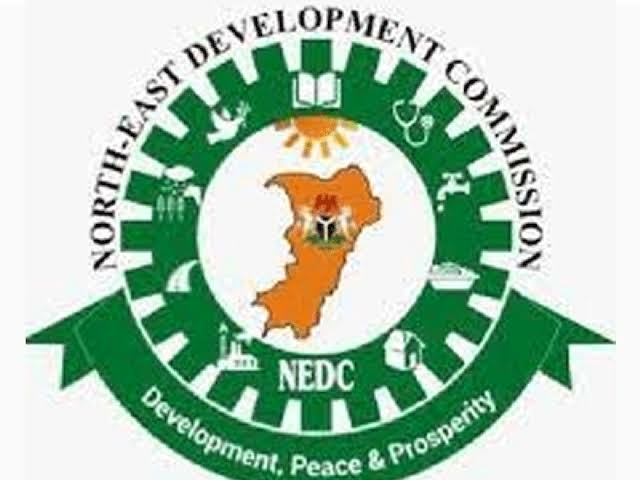 The Director-General of National Emergency Management Agency (NEMA), Mr Mustapha Ahmed, has commended the North-East Development Commission (NEDC) for taking over the monthly feeding of Internally Displaced Persons (IDPs) in Borno and Adamawa.

Ahmed expressed gratitude to the Chief Executive Officer/Managing Director of NEDC, Alhaji Mohammed Alkali, when he and his management team paid him a visit on Tuesday in Abuja.

The NEMA boss stressed that in spite of the take over, the agency would continue to provide relevant assistance to the commission to impact on communities in the North-East region whenever sudden disasters hit.

“I wish to express my sincere appreciation and gratitude to Alkali over his pledge on Oct.16 to take over the feeding of IDPs in camps and host communities in the North East Region.

“The IDPs were Hitherto provided with daily ration of food and non-food items by NEMA in Maiduguri, Born and Yola in Adamawa respectively.

“This gracious takeover of NEMA routine intervention by the NEDC will decouple the resources deployed and grant us the impetus to further deliver relief support to persons in need in the event of sudden onset disasters nationwide.

“NEMA would always be ready to work with the NEDC in areas of relief support, damage and loss assessment and capacity for members of staff in consideration of the strong operational and service delivery commonality between us and NEDC,” Ahmed said.

As at the end of September, he said, NEMA was providing daily feeding to 149,448 persons comprising of 24,908 households in Maiduguri.

“At the same time in Yola, Adamawa, NEMA was feeding 19,626 comprising of 2,992 Households in the camps in Maiduguri and Yola.

“However, the shifts in the routine feeding of the IDPs to the NEDC was occasioned by dwindling resources at the disposal of the agency and in consideration of several other sudden onset disasters nationwide” Ahmed said.

Responding, Alkali said the decision to takeover the routine food distribution and feeding in the IDPs camps would help eliminate duplication of efforts.

“It will also allow for scares resources to be deployed in other areas to assist Nigerians in distress or hit by disaster.

“This taken over is a new development and a positive beginning that has unfolded a new vista of partnership and collaboration between NEMA and NEDC for the benefits of Nigerians.

“This will also strengthen our ability and understanding in addressing and enhancing humanitarian coordination in the North East Region of the country,” Alkali said.