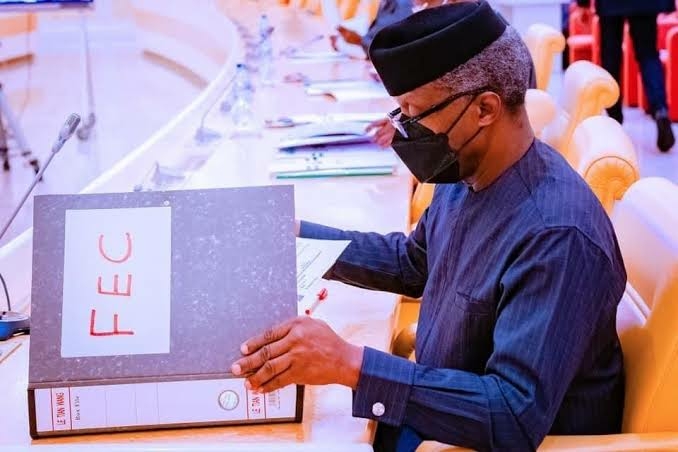 Mohammad Abubakar, Minister of Agriculture and Rural Development, briefed State House correspondents after the FEC meeting on Wednesday at the Presidential Villa, Abuja.

The minister said he presented a memo on the policy with the purpose of revising the old or previous policy that dealt with animal health.

“A lot of things have happened that brought to the fore the critical importance of animal health, the new components where we must be conscious of how healthy the animals are whether they are pets; whether livestock that we either use for food or for whatever reasons.

“We realised that the frequency of zoonotic diseases–diseases coming from animals to infect humans–seems to be on the rise.

“There is also the trans-boundary, that’s animals from another country through going and coming, can infect animals here and then can infect humans.

“The importance really is if we just focus on humans to be healthy and the animals around us unhealthy and they can infect us, then there is something greatly wrong.’’

According to Abubakar, the reason for the memo is to increase tracing, caring for the animals, discovering new diseases, or vaccinating the animals.

He said it was done for all kinds of animals.

“ For example, rabies in dogs; we just commenced vaccination of dogs that may have rabies because if they do, they can infect humans.

“ This is not just with viruses; even bacteria can be harboured in animals and can be transmitted to humans.

“ So, the purpose of the new policy is to upgrade on the old policy to make sure it is comprehensive.

“This is based on a new concept of one health—one health meaning, human health and animal health can be considered as one because one can cause an adverse effect, especially animals to humans; so, this is basically the purpose of this policy and it has been approved,’’ he said.

He said there was collaboration with state governments as states and other stakeholders have been carried along in the implementation of the policy.

The minister said that the whole purpose was to make sure that there was a holistic cooperation and implementation of the policy.