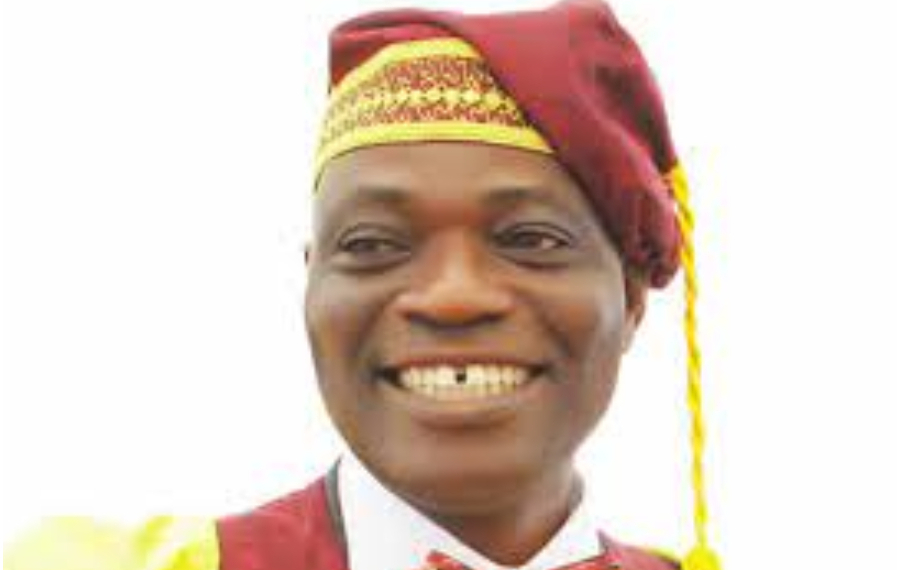 Share on FacebookShare on Twitter
Prof. Oluwatoyin Ogundipe, the outgoing 12th Vice Chancellor of the institution, has been described as a dependable and trustworthy ally by the Academic Staff Union of Universities (ASUU), University of Lagos branch.
Ogundipe was appointed vice chancellor of the university on Nov. 12, 2017.
Dr Dele Ashiru, the Chairman of the branch, said this at a ceremony to mark the end of tenure and valedictory programme of Ogundipe, on Wednesday, in Lagos.
Ashiru said some vice chancellors divide and rule unions, hound union leaders like common criminals and dismiss them on trumped up issued, but Unilag labour unions enjoyed tremendous cooperation and harmonious working relationship with Ogundipe.

I say this without any fear of contradiction, that our unions have enjoyed tremendous cooperation, understanding and harmonious working relationship with the university administration, in spite of our constant disagreements on some issues.
Our vice chancellor, the subject matter of today’s occasion, has distinguished himself as a union-friendly vice chancellor, he stated.

According to Ashiru, the outgoing vice chancellor presided over the affairs of the institution at one of the most turbulent periods in the annals of the country’s university system, yet recorded enviable achievements.

For the avoidance of doubt, we all recall the unfortunate cancellation of our convocation ceremony by the then pro chancellor, the outbreak of the Coronavirus pandemic (COVID-19) and the deluge of strikes by university labour unions.
These, without doubt, have posed serious challenges to the university system. Therefore, it gives me great pleasure to be part of this historic and epoch-making event.
It is indeed a great honour and privilege to be part of the success story which the University of Lagos has become, under the leadership of this quintessential scholar, enigmatic and energetic personality, a dependable and trustworthy ally.

He is a seasoned administrator, persistent and tenacious intellectual, a stickler for excellence and a rugged and doged fighter.
In more specific terms, Prof. Ogundipe has been of support to all the labour unions on this campus by ensuring that there were no intra or inter labour conflicts under his leadership, he stated.

The Unionist said that whenever the union is on strike, Ogundipe graciously and magnanimously approved the payment of palliatives to his members, from their Earned Academic Allowance account.
Also, he stated that when members of the union requested for a parcel of land for the construction of their secretariat, he (Ogundipe), graciously processed it to the council.
Furthermore, Ashiru said that he was optimistic that the secretariat would be completed soon.

He also said that the vice chancellor has been one of their members, who would attend their congresses and make meaningful and constructive contribution to debates on the floor of congress.

Only few branches of our union can boast of such harmonious working relationship between vice Chancellors and unions, he noted

He also stated that in spite of the huge success of the Ogundipe-led administration, it was apposite to point out that there were some areas that needed to be improved upon as a university, in the collective journey toward excellence.
Ashiru added that there was need for more equity and fairness in the appointment of key functionaries of the institution in order to benefit from its abundant resource capacities.
He condemned a situation where members of the university community perceived nepotism, lopsidedness and inequitable distribution of appointive offices available within the system.
According to him, this certainly breeds resentment, institutional disloyalty and sometimes, avoidable insurrection.
The unionist emphasised the need to de-proscribe the Students’ union and resuscitate it as a vibrant structure in the tripod of university administration.

I say without equivocation that the governance of any university is deficient, when one of the most demographically significant groups in the system is either unorganised, under or unrepresented, he noted.

Ashiru also used the opportunity to pay glowing tributes to his members for their perseverance, courage, and sacrifices for a better university system.
Oluwafemi Omole, Students’ Representative, while speaking, said the outgoing vice chancellor had over the past five years, dedicated time, energy and expertise to ensuring that the welfare of the over 50000 students was given utmost priority.

Omole said that over the years, the university has recorded successes of diverse kinds, locally and across the globe.

During the tenure of the vice chancellor, students had easy access and still have access to him and this has built a bond between him and the students.

Earlier this year, we hosted the NUGA games and with the collective efforts of both the management, student leaders and the students at large, we were able to record huge success.

We the students of this great institution are grateful for the memorable moments we shared with our vice chancellor.

We will always remember and appreciate times when the vice chancellor will surprisingly show up in the hostels, share in our garri and also watch us play football on weekends.

Moments like this will be greatly missed and it will forever be in our minds that a vice chancellor could actually condescend to our level to interact and relate with us, he stated.

He added that these are  traits of good leadership and humility and as students, they had learnt this.

We wish you good success and we pray that the lord will continue to help you as you drop your pen as the 12th vice-chancellor and in his infinite mercy, launch you into the next phase of your life. We Love you sir, he said.

The Chairman of the Non Academic Staff Union (NASU), of the university, Mr Kehinde Ajibade commended the vice chancellor for his care and concern for members welfare.

Ajibade said that members of the union acquired additional qualifications under him.

The institution’s Chairman, Senior Staff Association of Nigerian Universities (SSANU), Mr Sowumi Olushola, said the vice chancellor tackled issues headlong and always had the interest of the university at heart.

According to him, Ogundipe sustained the tradition laid by his predecessors, and always ensured that he did all he had set out to accomplish.

He has shown great resilience and audacity in managing the affairs of this university and that is why the drivers, security personnel, those in the DLI, are all here, to say thank you to a worthy leader, he said

Mr Peter Ojobor, of NAAT of the university, said that the achievements of the vice chancellor had been key to his administration.

He described Ogundipe as a man with uncommon simplicity, who had written his name in gold.

Furthermore, Ojobor assured the incoming vice chancellor, Prof. Folasade Ogunsola of his association’s cooperation in a bid to further move the university to its pride of place.

The Trinity House Church, Pastor Ituah Ighodalo, also described Ogundipe as an embodiment of humility, noting that his achievements in the last five years had been phenomenal.

However, he prayed for greater successes for him in his next phase of life’s endeavour.

Prof. Ogundipe, while responding, lauded the management, staff, students and the entire university community for the support they gave him, especially in the trying moments of his administration.

According to him, under  his administration, the university’s scholars were  able to attract research grant of about N19 billion.

Furthermore, he added that the management also succeeded in ensuring seamless transition to online learning at the peak of the COVID-19 pandemic.

Ogundipe assured of his continuous support to the development of the university.