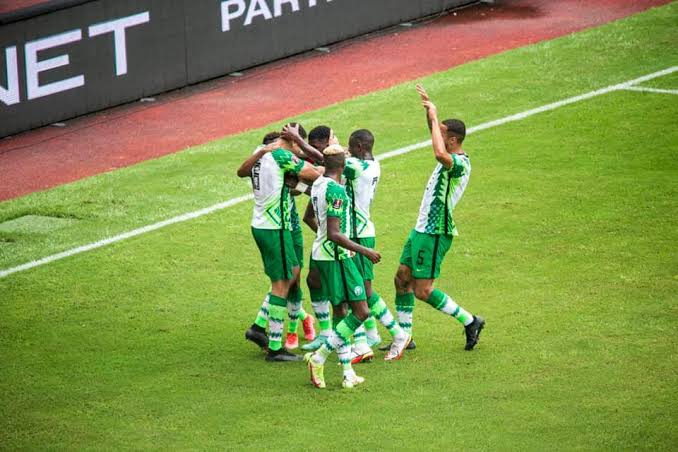 An ex-football international, Bright Omokaro, has urged the Super Eagles’ to ensure victory for the team during their first match at the 2021 Africa Cup of Nations (AFCON).

Omokaro, a former Super Eagles’ defender, told the News Agency of Nigeria (NAN) on Monday in Lagos that the match against Egypt was a must-win for the three-time African champions.

He however said he has confidence in the abilities of interim team head coach Austin Eguaveon to excel with the players invited to the team’s AFCON 2021 squad.

The Super Eagles of Nigeria have been drawn in Group D of the 33rd Africa Cup of Nations taking place in Cameroon, which will run from Jan. 9 to Feb. 6.

“For any team to have qualified for the Nations Cup, it means you have what it takes to lift the trophy. Our first match is a must-win and I know we can achieve it.”

“Egypt or not, all we have to do is study our opponents, watch their previous matches, understand their pattern of play and counter it.”

“I know it won’t be a walk in the park, but I so much believe in the ability of Eguaveon. He understands our football and he will give a good account of himself” Omokaro said.

NAN reports that Egypt is the most successful country in AFCON history, having won the tournament seven times.

Omokaro also urged the players to play according to the instructions of their coaches and play as a team.

“The coach has a plan I believe, and the best thing the players can do is to listen to their coaches and play as a team.”

“The goal should be to shine together as a team irrespective of who is perceived as a better player.”

“Team spirit is key on and off the pitch. The manager of the team should make our team solid, be it in the defence, midfield or the attack.”

“We have the talents, no doubt, but knowing where they fit in is also key. I want to see the Super Eagles’ flying high. We came close in 2019, and I believe we can get better results this time around” the former full-back said.

NAN reports that Algeria won the last edition of AFCON in 2019, with a 1-0 win against Senegal in the final, while Nigeria finished third.