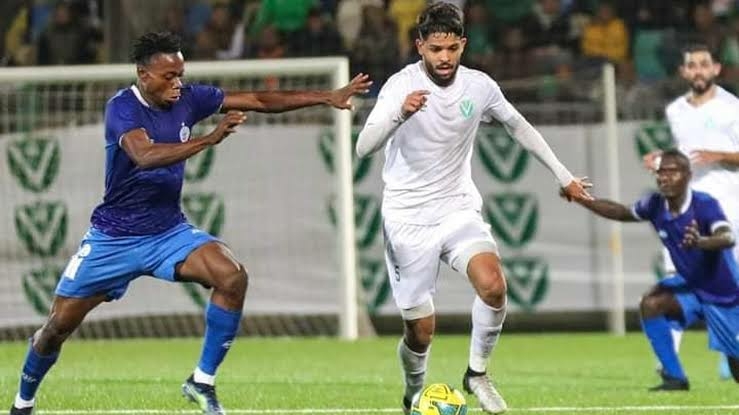 Only Rivers United made it to the group stage of the 2022/2023 CAF Confederation Cup competition on Wednesday as Plateau United crashed out of the event.

Plateau United conceded three second-half goals to lose 0-3 to AS Al Akhdar of Libya in the competition’s group playoff stage.

They then got eliminated on the away goal rule after a 4-4 aggregate scoreline.

In spite of a 4-1 win in Abuja a week earlier, the Jos-based side could only hold off hosts AS Al Akhdar till the 57th minute when they conceded the first goal.

The other goals were scored in the game’s closing minutes and added time.

On their part, Rivers United advanced into the group stage after drawing 1-1 with hosts Al Nasr of Libya for a 6-1 aggregate win.

After winning 5-0 in the first leg match a week earlier in Port Harcourt, Rivers United held on tightly to end the first half one goal down.

This was after Abdulsalam Al Fitouri’s 39th minute goal.

Twelve minutes into the second half, Rivers United drew level through Nwangwa Nyima to make it a mountain to climb for their hosts.

Both Rivers United and Plateau United had dropped out from the CAF Champions League competition for a second chance to earn continental honour.

Nigeria’s original representatives in the CAF Confederation Cup, Kwara United of Ilorin and Remo Stars of Ikenne had been eliminated from the event earlier.

This latest development means Nigeria now has only one club side in the two competitions, after starting out with four when the competitions got underway some weeks ago.