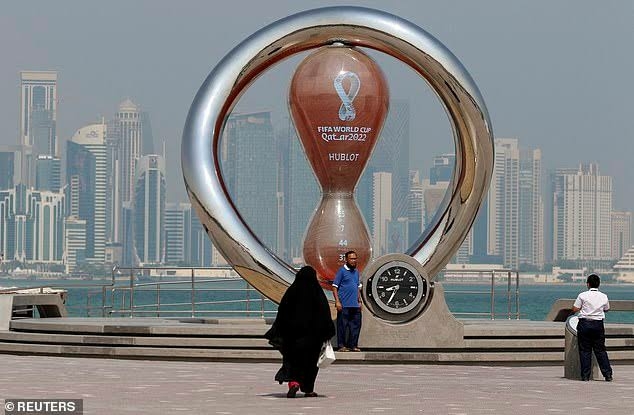 The decision to stage the World Cup in Qatar has attracted renewed criticism on the eve of the tournament.

Critics have been focusing on the host country’s criminalisation of same-sex relationships and the conditions faced by migrant workers.

FIFA president Gianni Infantino and secretary general Fatma Samoura recently wrote to all 32 countries participating in Qatar, requesting they “focus on the football”.

That letter led Amnesty International to accuse organisers of brushing human rights concerns “under the carpet”.

A UEFA working group of 10 European countries responded by stressing the need to “support human rights”.

CONMEBOL issued a statement of its own on Monday, outlining a belief in the need for “unity in support” of the tournament.

“CONMEBOL and its 10 member-associations join the call for world football unity in support of the FIFA World Cup Qatar 2022,” the statement began.

“A country eager to show its hospitality and warmth, magnificent sports venues and 32 prepared teams with their greatest potential, ensure a tournament that will undoubtedly go down in history.

“As few times in history, human society today needs the powerful message of sports in general and football, the most popular of them, in particular.

“This message is powerful because it is universal, it goes far beyond political or ideological disputes, temporary disagreements and occasional confrontations.

“It is a message full of optimism, tolerance, inclusion, diversity, union.

“The FIFA World Cup Qatar 2022 is the best opportunity to consolidate the values on which football is founded.

“This is especially so in the new generations, in girls, boys and young people, who hope and seek that football is not tarnished or distorted with biased or partial visions.

“The time has come to leave controversies behind and value and enjoy a true all-embracing party, eagerly awaited by the entire planet.”