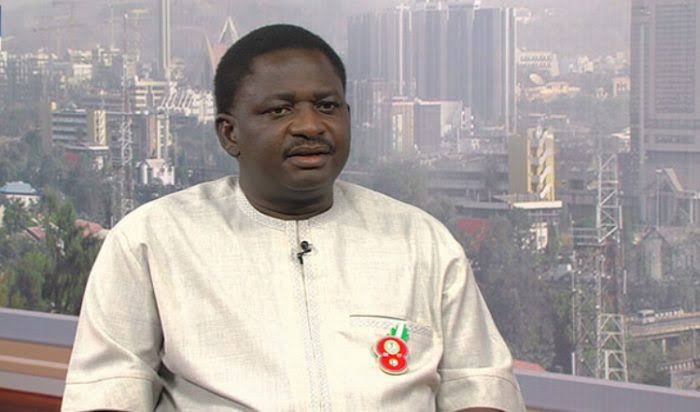 Mr Femi Adesina, Special Adviser to the President on Media and Publicity, says that Nigeria needs peacemakers who will entrench nationalism and patriotism in the polity, and not spoilers.

Adesina stated this when he received a merit award from the Ambassadors of Voice for Change, a group of Nollywood actors and entertainers, led by Ahmed Bala, at the Presidential Villa, Abuja, on Friday.

The Presidential media aide who stressed the need for national unity, said the Buhari administration would continue to support Nigerians working assiduously to promote peace, harmony and development.

He invoked the words of renowned novelist, Chinua Achebe, in his book ”Arrow of God”, to warn on the consequences of internal conflict and underscored the need for Nigerians to see themselves as one.

”When brothers fight to death a stranger inherits their father’s estate,” he said.

Commending the group on their vision to promote unity in Nigeria, Adesina said the sheer volume of talents and exceptional Nigerians on their network, including those in the entertainment, media, sports, fashion and arts industry, makes them a formidable voice for positive change in the country.

He said: ‘’The Media office of the President will always support you and I wish you the very best in all your endeavours.

”What you are doing for the country makes our work easier.

“When you hold town hall meetings in different parts of the country, advocating for unity, peace and change, it is easier for me to do the job and I am very glad to identify with this group, which is nationalistic and patriotic.’’

The spokesman of the group, Ben Kure, said Adesina, a two-time president of the Nigerian Guild of Editors (NGE), has distinguished himself as an excellent journalist, writer, media executive and spokesperson of the President, writing his ‘‘name in gold’’ in the media profession and discharge of his duties.

While referring to a recent piece authored by Adesina in his weekly article, Kure thanked the president’s spokesperson for making Nigerians understand President Buhari as a good man and one who remembers and rewards the labours of the living and the dead.

”Thank you for quoting the Scripture: ‘Blessed be he of the Lord, who has not left off his kindness to the living and the dead’,’’ Kure said.

According to him, Buhari has demonstrated, through his appointments of Margery Okadigbo, Constance Harry Marshall, Justice Adesola Oguntade and Justice Sylvanus Nsofor of the blessed memory, that he is a detribalised Nigerian, passionate about the country.

Other representatives of the group in the State House to present the award are Kure, Gentle Jack, Saheed Balogun, Mr Ibu, Shina Peters  and Onyekweli Harry.