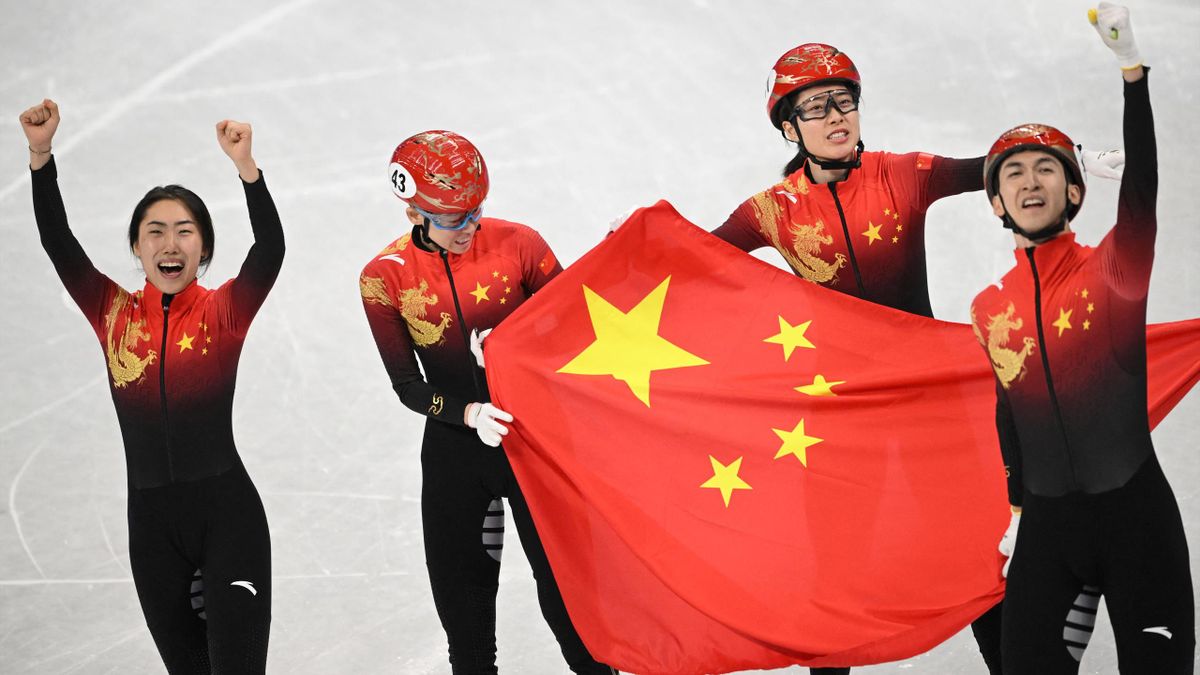 Hosts China claimed their first gold medal at the Beijing Winter Olympics on Saturday in the inaugural short-track speed-skating mixed relay. The team of Qu Chunyu, Fan Kexin, Wu Dajing, and Ren Ziwei hung on to edge out Italy by two-hundredths of a second.

Pre-race favorites in the Netherlands went out in the semi-final when their star Suzanne Schulting lost control and fell.