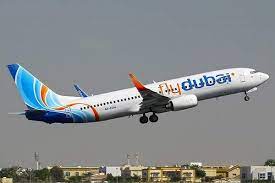 Israel may halt flights to Dubai over security arrangements

Israel said on Sunday that it could halt Israeli airlines’ flights to Dubai in the next few days due to a dispute over security arrangements, but is looking at rerouting them to Abu Dhabi instead.

An Israeli official said current security arrangements for three Israeli airlines that fly into Dubai International Airport – El Al, Israir, and Arkia – were due to expire on Tuesday, leaving negotiators 48 hours to find a solution.

Direct flights from Israel to the United Arab Emirates began after the two countries’ formalized ties in 2020.

Hundreds of thousands of Israelis have since visited the Gulf state.

Israeli airlines are under the authority of Israel’s Shin Bet security service, which said it had encountered differences with its Dubai counterparts that could halt flights, but did not elaborate on what those differences were.

“Should the Israeli carriers’ flights on this line indeed be halted, the possibility of transferring the Israeli flights to Abu Dhabi is being examined,’’ Shin Bet said in a statement.

The Dubai government’s media office did not immediately respond to an emailed request for comment.

Emirati state carrier, Flydubai, would be likely to benefit if Israeli carriers stop flying to Dubai as it operates direct flights to Tel Aviv.

Spokespeople for El Al and Israir said their flights to Dubai were on schedule, for now.