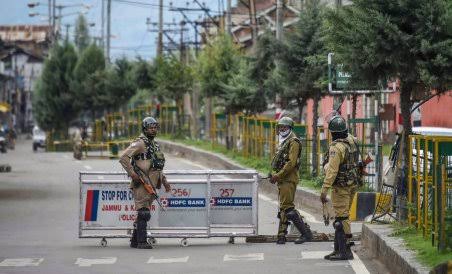 Ms Rosemary DiCarlo, the UN Under-Secretary-General for Political and Peacebuilding Affairs, has urged parties involved in the Ukraine crisis to make meaningful progress on implementation of the 2015 Minsk agreements, as she briefed the Security Council.

“Whatever one believes about the prospect of such a confrontation, the reality is that the current situation is extremely dangerous,” DiCarlo said.

She acknowledged reports of fresh ceasefire violations across the contact line just hours earlier, which if verified, “must not be allowed to escalate.”

She called on all sides to exercise maximum restraint.

To be sure, tensions in and around Ukraine are higher than at any point since 2014, she said.  Speculation around a potential military conflict involving Russia, is rife.

Inspite of efforts, talks both in the Normandy Four format – a grouping of Germany, France, the Russian Federation and Ukraine that has gathered periodically since the 2014 Russian annexation of Crimea – and discussions led by the Trilateral Contact Group (OSCE, Russian Federation, Ukraine) which produced the Minsk agreements, remain deadlocked.

”However, these issues can and must be solved through diplomacy,” she stressed.

She pointed to the Minsk Agreements as “the only framework endorsed by this Council, in resolution 2202 (2015), for a negotiated, peaceful settlement of the conflict in eastern Ukraine,” noting nonetheless that “little, if any” progress has been made in this regard.

The accords – also known as the Minsk II agreement, signed in 2015 by representatives of the Organisation for Security and Cooperation in Europe (OSCE), the Russian Federation, Ukraine and leaders of two pro-Russian separatist regions – outline a series of political and military steps to settle the fighting between Government forces and separatists in eastern Ukraine.

DiCarlo also called for the full use of the many available regional and other mechanisms and frameworks.

However, she called for urgent steps on the ground and efforts to end inflammatory rhetoric, pressing the Council to support the OSCE and its Special Monitoring Mission in Ukraine, which must enjoy safe and secure conditions.

For its part, she said the UN continues to stand with the people of Ukraine, expressing full support for Ukraine’s sovereignty, independence and territorial integrity within its internationally recognised borders.

Three humanitarian convoys have delivered over 140 metric tons of life-saving assistance across the contact line between Government and non-Government controlled areas of Ukraine since the start of 2022.

However, for the war-wary people of the Donetsk and Luhansk regions, she said the impact of COVID-19, on top of the conflict, has caused even more suffering.

However, he said it remains clear that implementing that package is “in no way” part of Ukraine’s plans, a break now openly stated by many Ukrainian officials, including some who have described the accords as having been signed “at the barrel of a gun”.

He disputed claims that Moscow is sidestepping its obligations because there is no mention of the Russian Federation in the Minsk agreements.

In contrast, Kyiv’s obligations are ignored as it stubbornly avoids direct negotiations, fails to restore economic links between the two countries, and refuses to provide for the special status of certain regions, as mandated by the agreements.

The “ostrich-like” position of Western colleagues who turn a blind eye to these abuses meanwhile, instead has them seeking answers in the Normandy Four format, which only provides more space for Ukraine to continue its military adventures, he said.

In response, Anthony Blinken, Secretary of State of the United States, described implementation of the Minsk agreements as “a goal we all share” and the main framework for resolving the conflict in eastern Ukraine, where today, he said, the most immediate threat is Moscow’s looming aggression.

“This is a moment of peril” both for the lives of millions of Ukrainians and for the rules-based international order, he added.  “The basic principles that sustain peace and security – enshrined in wake of two world wars – are under threat.”

While Moscow claims to be drawing down some of the 150,000 troops amassed along Ukraine’s borders, on-the-ground intelligence indicates an imminent attack, perhaps in the coming days and likely under a manufactured pretext that could involve a fake chemical weapons attack or terrorist bombing.

“By sharing what we know with the world, we hope that we can influence [the] Russian Federation to abandon the path of war and choose a different path, while there is still time.”

He challenged Moscow to announce that it will not invade Ukraine, and to back up that statement by sending its troops back to their barracks and its diplomats to the negotiating table.