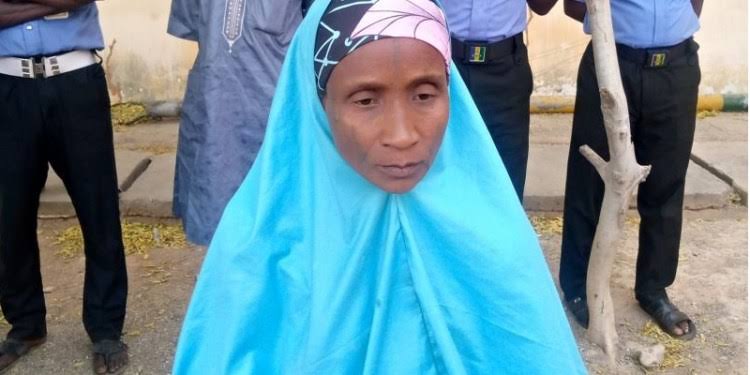 By Abbas Bamalli - NAN On Feb 25, 2022
0
Share
Nigeria Police Force, Kastina State Command have arrested a 35-year-old woman, Hajiya Fatima Alhaji, suspected to be a supplier of charms to bandits terrorising the state and its environs.

Police spokesman in the state, SP Gambo Isah, told newsmen on Thursday in Katsina that Fatima was also found to be an informant for the bandits.

“She is an abettor, an informant and also a supplier of charms to bandits terrorising the state and its environs.

“In the course of investigation, some charms were recovered from the suspects’ residence reasonably believed to be used for banditry.

“The suspect confessed to be supplying same to one Sani Mohidinge, a notorious terrorist and bandits’ leader who has long been on the police wanted list,’’ he said.

SP Isah also told newsmen that the police succeeded in busting a syndicate of kidnappers and terrorists.

“Nemesis caught up with the trio of Shamsuddeen Dahiru (35), Bala Inuwa (35) both residents of Funtua and Jamilu Isah, also a 35-year-old resident of Kofar Marusa Quarters, Katsina, who are notorious kidnappers and terrorists.

“They specialise in giving information to terrorists in the forest and as well conveying them to villages for attacks and kidnappings.

“In the course of investigation, Dahiru confessed to be the owner and driver of a Volkswagen Golf III that was used in kidnapping one Alhaji Sule, aged 62 of Dankawuri village, Matazu Local Governemnt Area of the state.

“The said vehicle was abandoned with the kidnapped victim after a fierce gun duel with policemen during which one AK-47 rifle was recovered.

“He confessed then two other suspects are his accomplices,’’ Isah said.