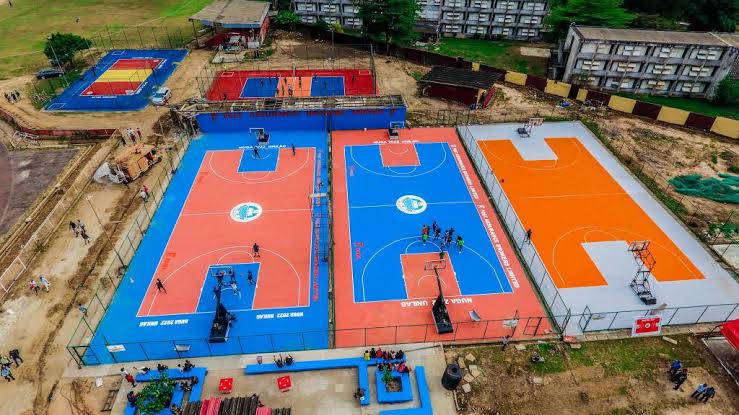 University of Lagos (Unilag) will convert all the newly built, upgraded and existing sports infrastructure provided for the just-concluded NUGA Games to a sports academy.

Awoyinfa stated that the multi-millon naira sports infrastructure for the 2022 NUGA would not be allowed to degenerate but would be optimally harnessed to further train young athletes.

NAN reports that among world-class sporting facilities provided by Unilag for 2022 NUGA were a 10-lane Olympic size swimming pool, a standard 2-court handball pitch, Volleyball and a football pitch.

Awoyinfa noted that Unilag had signed partnerships with some foreign universities as part of exchange programmes for manpower and teachings for the Sports Academy.

“People will ask what will happen to our investments in the sports infrastructure after NUGA; we want to use NUGA to create a sports academy, this is the vision of the Vice Chancellor, Prof Oluwatoyin Ogundipe.

“The VC is well concerned about what will happen to sports in UNILAG after NUGA, because in other well-established universities around the world, what they have is an established sports academy.

“UNILAG in conjunction with the management have partnered with a college in the United Kingdom, University of Toronto and an academy in Brazil to set up a sports academy right here in Unilag.

“We want to create a sports culture where talented athletes will be trained in a catch them young programme, especially at the grassroots, develop them and nurture them for the use of the country,” he said.

Dr Awoyinfa also revealed that the sports academy would be a huge sporting structure with a high performance laboratory which is first of its kind in the country.

“The sports academy will be a huge investment and we have already identified a high performance laboratory which will be the first of its kind in the history of sports development in Nigeria.

“We have already fashioned out what we are lacking in Nigeria which is maintenance culture, which we aim to put a stop to by making sure our existing sports infrastructure are well taken care of.

“We have universities all over the world that are producing wonderful sportsmen for their country, especially in the U.S., we can also replicate such in Nigeria because universities should also be training grounds for the country.

Flush out criminals among you, Akeredolu warns Ebiras in…