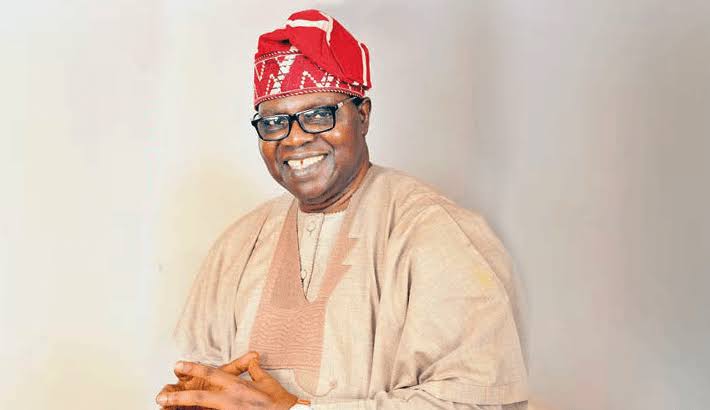 By Olumide, NAN On Apr 9, 2022
0
Share
Former Lagos State Governor, Sen. Bola Tinubu, has congratulated Juju music maestro, Chief Ebenezer Obey, for promoting national unity and harmony through his songs.
Tinubu made this known in a congratulatory letter to the musician on his 80th birthday on Friday in Lagos.
The former governor also stated that Ebenezer Obey’s music inspired several generations in Nigeria and around the world.
“May I extend my best wishes to you on your 80th birthday celebration. This is a major landmark. I join with the legions of your fans in thanking Almighty God for the grace given to you.
“Chief Commander, as you are so fondly called, your music has inspired several generations in Nigeria and globally. You have brought joy to many and promoted national unity and harmony through your songs.
“In the course of your stellar music career, you achieved the highest acclaim, deservedly winning several prestigious awards and honours.
“A music maestro and evangelist, your dedication to social ethics and the teachings of the gospel deserve commendation,” Tinubu said.
He also prayed that God should continue to shower the octogenarian with His divine mercy; blessings and give him many more years in good health and vitality.
0
Share FacebookTwitterGoogle+ReddItWhatsAppPinterestEmail
You might also like More from author