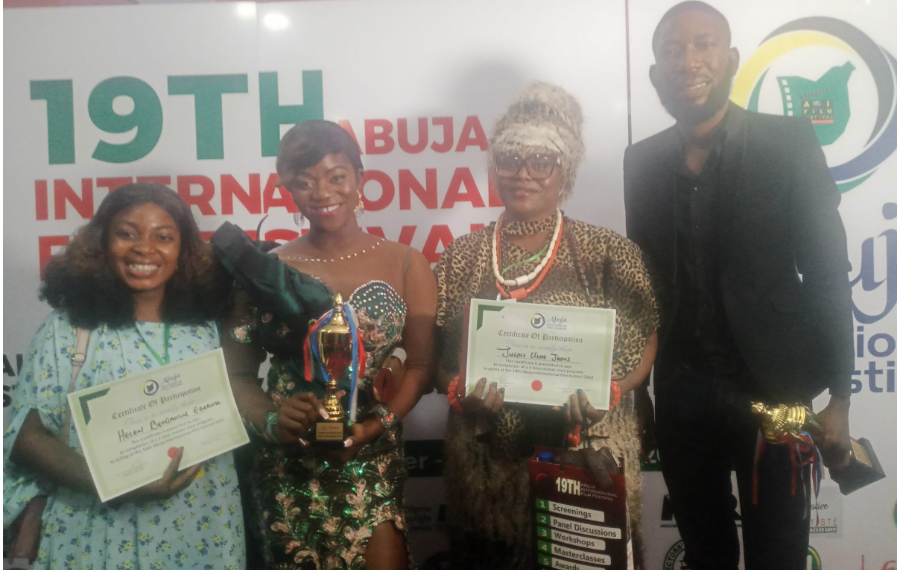 Share on FacebookShare on Twitter
The Abuja International Film Festival has declared a new film, “Rule No 1”, as winner of the 2022 festival.
The theme of the festival was “Challenges and Prospects of Digital Streaming Revolution Globally”.
The Local Organising Committee (LOC), chaired by actor Francis Duru, made the disclosure on Friday night at the closing of the 19th Abuja International Festival and Award Night.
The actor said that out of over 600 film entries screened by the committee, Rule No 1 was chosen as overall winning film.
He said the film passed on the message of hygiene and cleanliness in order to provide a safe and healthy nation.

In his remarks, the Founder of the festival, Fidelis Duker, said that the emergence of “Rule No 1”, emphasised the need for people to practice hygiene and cleanliness.

After COVID-19, one of the basic challenges we had was that most people stopped going back to hygiene.
If you remember during COVID-19, you washed your hands and put on your face mask but everybody has gone back to normal life.
The whole idea of the project is to see how people can go back to that idea of cleanliness better than what we are doing today.
We should show the level of hygiene and environmental cleanliness, Duker said.

Mr Akintayo Akinseloyin, the Brand Manager, Hypo Nigeria, while speaking said that produced and marketed Hypo brand would help in providing a safe, secure and healthy country.
The Brand Manager said that his company supported the Abuja International Film Festival to spread the message of hygiene and cleanliness in the country.

The whole message around cleanliness and hygiene is something that should be top of everybody’s list.
A clean environment prevents illness and provides healthy people and successful nation, he said.