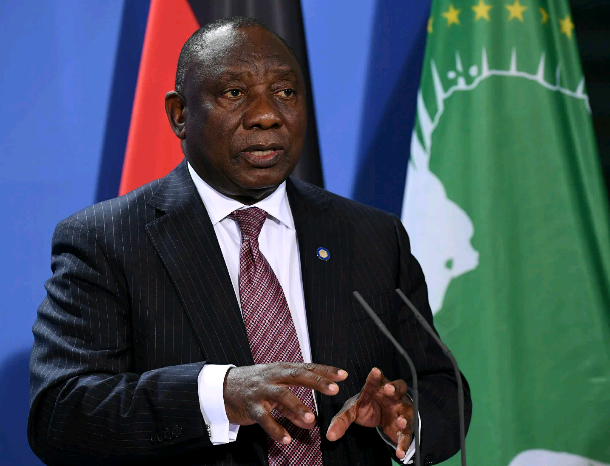 Ramaphosa spoke while visiting families who had lost loved ones in Pinetown, KwaZulu-Natal province, including a family with four children, after floods and mudslides ravaged homes on Tuesday.

Africa’s southeastern coast is on the front line of seaborne weather systems that scientists believe global warming was making nastier and predict would get far worse in decades to come.

“You’re not alone…We’ll do everything in our power to see how we can help,” Ramaphosa said. “even though your hearts are in pain, we’re here for you.”

The country’s northern neighbour Mozambique has suffered a series of devastating floods over the past decade, including one in March that killed more than 50 people and injured 80.

“You’re battling one of the biggest incidents we’ve seen and we thought this only happens in other countries like Mozambique or Zimbabwe,” Ramaphosa said.

A report by the Intergovernmental Panel on Climate Change (IPCC) in February warned that humanity was far from ready even for the climate change that was already baked into the system by decades of fossil fuel-burning and deforestation. It urged the world to ramp up investments in adaptation.

South African pulp and paper maker Sappi (SAPJ.J) said its staff were unable to travel to work due to the flooding and that the transport of goods had been disrupted, impacting three mills.