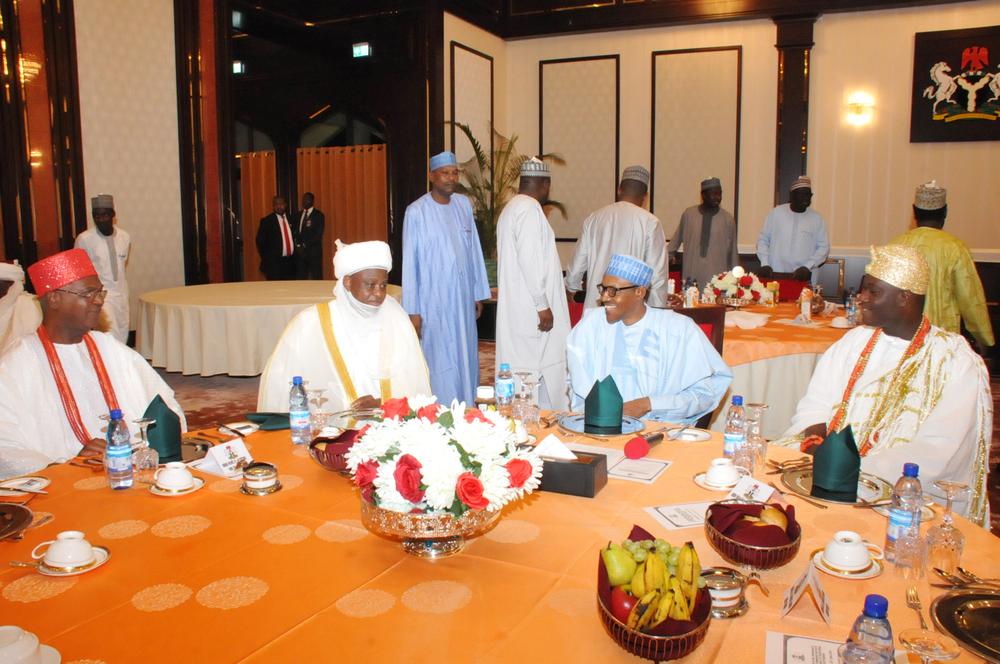 The News Agency of Nigeria (NAN) reports that some of the traditional rulers joined the president to perform the Magrib prayer at the Aso Villa Mosque shortly before the commencement of the Iftar dinner at the new Banquet Hall of the Presidential Villa.

The president had on Wednesday hosted the leadership of the National Assembly to the breaking of fast while Governors of the 36 States of the Federation, security chiefs, and heads of para-military organizations had a similar engagement with the Nigerian leader on Tuesday.

The president had earlier hosted the leadership of the nation’s judiciary for Iftar dinner on April 14.