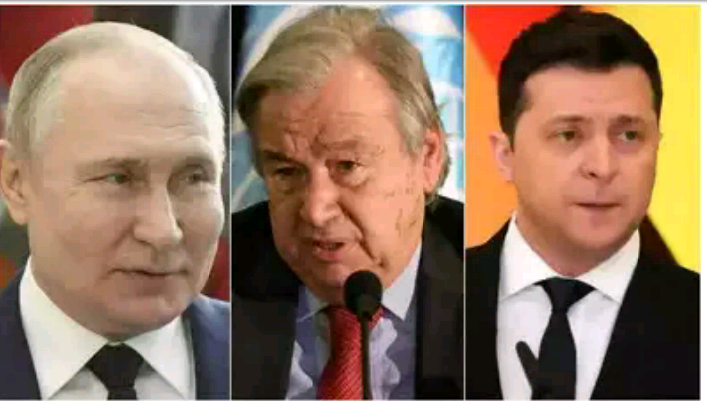 The UN Correspondent of Nigeria  reports that Guterres had on Wednesday written to the leaders of Russia and Ukraine to request meetings with them.

The UN chief requested meeting with them face-to-face in their respective capitals in efforts to end the war in Ukraine.

UN Associate Spokesperson Eri Kaneko, in a statement on Friday, said Guterres would be received by the President Vladimir Putin in Moscow on Tuesday, April 26.

Kaneko said the UN chief would be meeting and having lunch with Foreign Minister Sergey Lavrov that same day.

“He hopes to talk about what can be done to bring peace to Ukraine urgently,” she said.

Similarly, the UN spokesperson announced in another statement that Guterres would also travel to Ukraine next week.

He will have a working meeting with Foreign Minister Dmytro Kuleba and will be received by President Volodymyr Zelenskyy on Thursday, April 28.

The UN chief will meet as well with UN staff on the ground to discuss the scaling up of humanitarian assistance to the people of Ukraine.