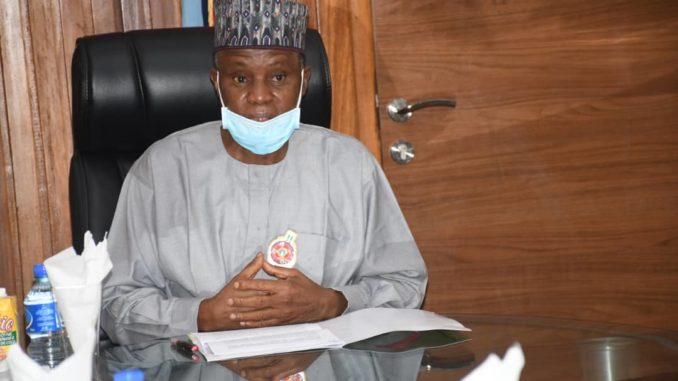 Magashi made the call in a statement by his Special Assistant on media and Publicity, Mohammad Abdulkadri, on Monday in Abuja.

He said the spiritual rejuvenation which involved fasting and prayer by all devoted Muslims in the last one month should be allowed to endure in their day-to-day lives.

The minister also emphasized the need to sustain the virtues of giving, sharing, sacrifices, supplications, and showing compassion not only to fellow Muslims but also to non-Muslim neighbours as they did during the Holy month.

He assured Nigerians of the commitment of the Commander-in-Chief of the Armed Forces, President Muhammadu Buhari, to peace and security in the country.

Magashi thanked the civil populace for supporting the military at all times and also appealed to Nigerians to be security conscious during and after the Eid-el-Fitri celebration.

He urged them to continue to provide credible intelligence in aid of the ongoing military campaigns in parts of the country.

Magashi also called on Muslims to celebrate modestly with purity and fear of God as well as pray for the divine guidance and wisdom for the nation’s leadership at all levels.

He prayed to Almighty God to accept as an act of Ibadah the just concluded fasting by Muslim Ummah and to spare the lives of the believers to witness many more celebrations ahead.