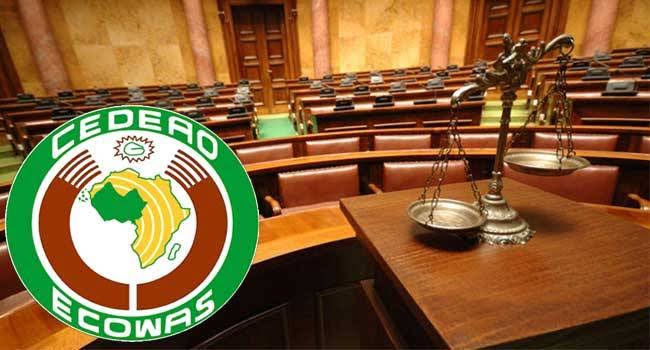 Diane said this while delivering a paper at the International Conference of ECOWAS Court of Justice in Praia, Cape Verde themed “ECOWAS Integration Model: The Legal Implications of Regionalism, Sovereignty and Supra-nationalism”.

He lamented the high rate of none-enforcement of the ECOWAS Court’s judgments by member states, noting that the refusal to enforce the Community Court’s judgment constitutes a violation of its treaty obligations.

He, however, advocated dialogue and cooperation between the regional court and national courts to resolve any form of

“The enforcement of court decisions is a performance indicator for any judicial system. It is a criterion for assessing the effectiveness of this system both within a state and within a regional grouping.

“This is the case of ECOWAS member states which, without questioning the jurisdiction of the Community Court of Justice, are reluctant to diligently execute its decisions.

“Thus, as of Sept 30, 2020, 77 judgments delivered by the Court remain unenforced, the majority of which concern the Federal Republic of Nigeria where the Court is seated.

“The enforcement of decisions of regional courts is an acute challenge in all regional integration processes,” he said.

According to him, one solution to this problem lies in the dialogue that must necessarily exist between the regional courts and the national courts.

“However, the mechanism for dialogue and close cooperation between national courts and the ECOWAS Court exists in Article 10(f) of the 19 January 2005 Supplementary Protocol, through the preliminary ruling procedure.

“This imperative complementarities between the ECOWAS Court and the national courts of the member states is therefore necessary.

“Not only to strengthen the authority of the former in the West African regional integration process, but also to involve the latter in this process,” Diane said.

Diane also noted that Regional integration could not be successful without the national authorities in the member states playing their part as local relays for the Community institutions and the implementation of their decisions.

He added that it must be admitted that no real integration policy is possible without the primacy of Community law and a certain degree of supranationalism.

“It is clear from the above that regional courts are essential to the success of regional integration processes, because they are the institutions that regulate relations within community spaces.

“And ensure respect for the principles and values on which the Unions are founded.

“But for them to be effective and efficient for integration, it is necessary to address the challenges they face, which can otherwise constitute major obstacles to true regional integration,” Diane said.

The News Agency of Nigeria (NAN) reports that the international conference aims at strengthening regional integration through an effective judicial system.