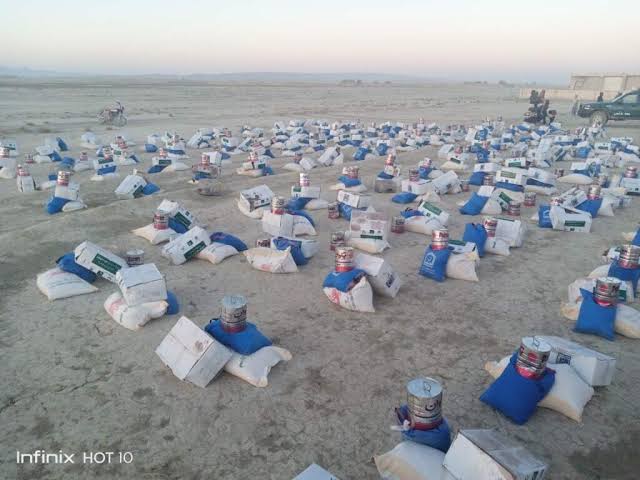 The ministry confirmed in a statement that in eastern Parwan province, food was distributed to more than 4,400 destitute families in Jabalusaraj and Surkhi Parsa districts.

According to the ministry, the food was distributed by the United Nations World Food Programme (WFP), with the cooperation of the Afghan Ministry of Rural Rehabilitation and Development.

According to the statement, the package consist of flour, cooking oil, beans, and salt.

Abdul Qayyum Nazari, head of the province’s department of refugees and repatriations, told Xinhua that apart from the 2,640, some displaced, deprived, drought-affected and most vulnerable families also received food assistance in northern Jawzjan province.

The beneficiaries were identified by surveys in provincial capital Shiberghan city and 11 suburban districts,” he said.

According to Nazari, more humanitarian assistance would be provided to destitute families in Jawzjan in the coming days or weeks.

According to aid agencies’ reports, more than 22 million Afghans out of 35 million of the country’s population, are facing acute food shortages, and the war-torn country faces humanitarian catastrophe if not assisted.