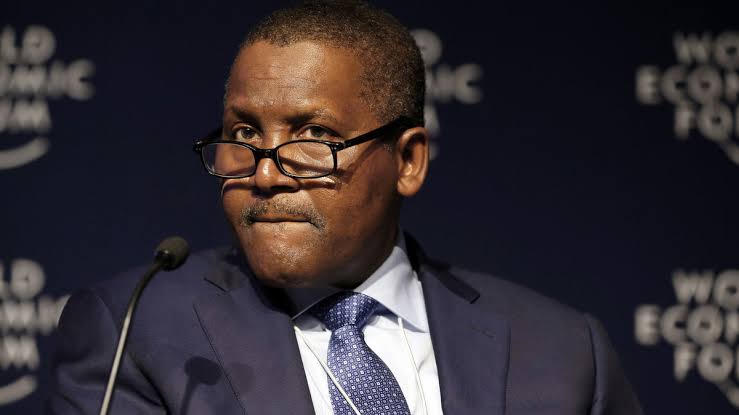 The company said this in a statement signed by Mr Anthony Chiejina, Group Head, Corporate Communications, Dangote Group, in Lagos.

According to the statement, the company also recorded a profit after tax of N105.9 billion resulting in an 18 per cent increase for the same period.

Analysis of the company’s three months results indicated that Dangote Cement sold a total volume of 7.2 Metric tonnes of cement.

It said its Nigerian operations accounted for 4.8 Metric tonnes, while the rest of Africa did the balance of 2.4.

He added that the company was ramping up production at its Okpella plant and was progressing well to deploy grinding plants in Ghana and Cote d’Ivoire.

“Dangote Cement is Africa’s leading cement producer with nearly 51.6Mta capacity across Africa and with a fully integrated quarry-to-customer producer, it has a production capacity of 35.25Mta in its home market, Nigeria.

“The Obajana plant in Kogi State, Nigeria, is the largest in Africa with 16.25Mta of capacity across five lines; Ibese plant in Ogun State has four cement lines with a combined installed capacity of 12Mta while Gboko plant in Benue state has 4Mta; and  Okpella plant in Edo state has 3Mta.

“Through recent investments, Dangote Cement has eliminated Nigeria’s dependence on imported cement and has transformed the nation into an exporter of cement serving neighbouring countries,” he said.