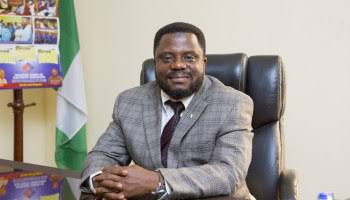 The chapel’s Chairman, Mr Samson Nwafor, made the commendation on Wednesday, during the chapel’s tour of projects so far executed by Gov. David Umahi’s administration.

Nwafor said that the flyovers in the capital city would reduce traffic congestion and road crashes as well as facilitate rapid economic growth in the state.

According to him, the twin flyovers will also enhance the aesthetic value of Abakaliki metropolis.

’’As a developing state, the project of this magnitude will not only give a facelift to the state but also contribute significantly to its economic development,’’ he said.

Nwafor also lauded the construction of roads, linking communities in the 13 local government areas of the state.

He described the project tour as part of the chapel’s activities for its 2022 Press Week, tagged: “Time to deepen media involvement in Nigeria’s democracy.”

Other activities lined up for the week, which commenced on Monday, included a press conference, road walk and the grand finale on Thursday, May 19.

Some of the projects inspected included the multi-billion naira shopping mall and Christine Ecumenical Centre.

Others were the President Muhammadu Buhari tunnel, Akanu Ibiam flyover and International Market flyover, among others.

When completed, the twin flyovers would bring the number of flyover bridges in the state to 14.