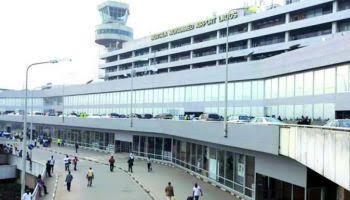 The Executive Secretary, Nigerian Christian Pilgrims Commission (NCPC), Rev. Yakubu Pam, said he has held strategic meetings with stakeholders, ahead of the pilgrimage to Israel, Jordan and Rome.

Pam told newsmen in Abuja on Friday, that he met with top officials of the Murtala Muhammed International Airport, Lagos, on plans for ease of pilgrimage.

He also said he sought the support of the Nigeria Immigration Service (NIS), to prevent unauthorised tour operators from conveying pilgrims for pilgrimage.

The executive secretary said that the engagement was necessary as the commission would soon commence the transportation of pilgrims.

He said that the visit to Murtala Mohammed International Airport was to ascertain its level of readiness and identify likely challenges to resolve them.

Pam said he also solicited the cooperation of the Airport’s Regional Manager, Mrs Victoria Shin-Aba, in the area of securing permanent passes for the NCPC Lagos Zonal Office of NCPC members of staff, to facilitate access to some sensitive points at the airport during pilgrimage operations.

The executive secretary said that he was fully briefed by Shin-Aba, who said she had directed all pilgrims to wear face masks and be timely for the journey.

Pam further said he met with the Comptroller of NIS at the Murtala Mohammed International Airport, Mrs Kemi Nandap, and appealed to the service to stop the activities of illegal pilgrimage operators.

According to him, the commission is very concerned with what is happening in Lagos where unlicensed pilgrimage operators take people to the Holy land without the knowledge of the commission.

He clarified that the NCPC 2007 establishment Act empowered it to licence, renew and regulate all Christian pilgrimage activities in Nigeria.

The NCPC helmsman, therefore, described the activities of the unregistered operators in the sub-sector as illegal, adding that; “it amounts to human trafficking”.

Pam said most of the pilgrims who absconded went on a pilgrimage through the illegal tour operators.

He assured that the commission would stop at nothing to discourage and put an end to such activities, which often tarnished the image of the country.

Pam said he received firm assurance from the NIS Comptroller at the airport, Kemi Nandap of the service’s readiness to collaborate with the commission to stop illegal pilgrimage operators.

The executive secretary said that the commission would provide the immigration service with the list of all pilgrimage operators registered and licensed by the NCPC, as well as the screened list of all intending pilgrims.

This, he said, would allow immigration officers at airports to carry out due diligence on pilgrims.

Pam said he had also conducted a similar inspection of Yola International Airport two weeks ago.