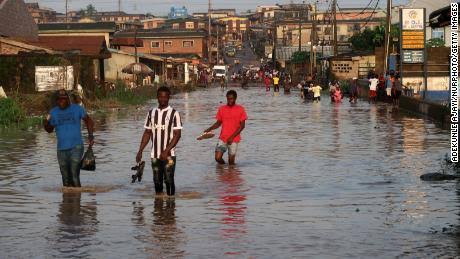 The South-East Coordinator of NEMA, Mr Tickman Tanimo, gave the advice on Tuesday in Enugu while speaking with the News Agency of Nigeria (NAN).

Tanimo, who is in-charge of Anambra, Ebonyi and Enugu State, spoke on the sideline of the 2022 Flood Prediction of Nigeria Hydrological Services Agency (NIHSA).

The NEMA coordinator said that the NIHSA early warning or prediction presupposes early preventive actions against flooding by all stakeholders especially at the individual, neighbourhood, community and council levels.

According to him, most council areas in Anambra with exception of only three council areas falls into Highly Probably Flood Risk areas this year.

“While in Ebonyi, the council areas that might witness Highly Probably Flood Risk are two – Ezzi and Afikpo North council areas.

“In Enugu State, we have Awgu, Ezeagu, Oji River and Uzo-Uwani council areas as Probably Flood Risk areas,” he said.

Tanimo explained that the early warning for those living in low lands and river banks to relocate to high land and safe places would reduce human and material losses before, during and after the peak of this year’s rainfall.

He said that prediction was for individuals and local authorities to act fast and take necessary preventive steps to ensure they are not caught unaware by devastating floods.

“We have begun a massive sensitisation based on the NIHSA Flood Prediction for 2022 in Anambra, Ebonyi and Enugu States.

“We are going to write to our stakeholders especially the State Emergency Management Agency (SEMA) in the three states to ensure they are effectively carried along and we build a strong synergy for enlightenment purposes.

“We are already drafting letters to the state governments and council areas that are likely to be affected by flood for them to take some proactive steps as well as get prepared ahead of time,” he said.

Tanimo also urged individuals, neighbourhoods, communities and council areas to embark on opening of drains as well as waterways to ensure free flow of water.

“Governments at all levels should engage in proper waste bagging and evacuation in neighbourhoods, while ensuring that waste collection points are regularly evacuated on time,” he added.