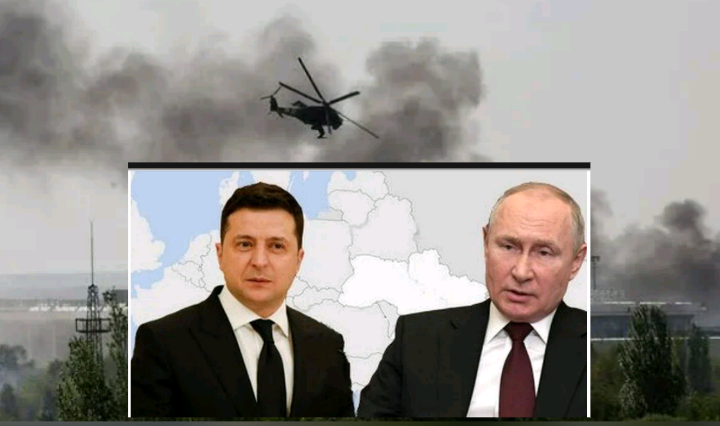 “Ukrainian helicopters struck at clusters of enemy forces in the Kherson region, and planes at ammunition depots in the Mykolayiv oblast,’’ the general staff announced on Tuesday.

Ukraine had so far, used its own air force sparingly in the war due to Russian aerial superiority following Ukraine’s recapture of several villages along the border between the Black Sea regions of Mykolaiv and Kherson,

A Russian counter-offensive in the direction of Lozove and Bila Krynytsia was unsuccessful in spite of Russian artillery and air force support, the Tuesday situation report said.

According to analysts at the Institute for the Study of the War (ISW) in Washington, the Ukrainian military has succeeded in pushing back the Russian navy from Ukraine’s Black Sea coast.

The Russian Black Sea fleet consequently operated at a safe distance of around 100 kilometres from the shore, reducing pressure on Ukrainian ports.

The analysis matched an account of the situation given by the Ukrainian Defence Ministry on Monday.

On the eastern front, however, the situation remained challenging for Ukrainian forces as Russian troops fighting alongside pro-Russian separatist forces in eastern Ukraine appeared to be on the verge of capturing the town of Svyatohirsk in Ukraine’s Donetsk region.

“Svyatohirsk is practically liberated. And the cleansing is underway,’’ the leader of the separatist Donetsk People’s Republic, Denis Pushilin, told Russian television on Monday evening.

Svyatohirsk is of significance due to the nearby Holy Mountains Lavra of the Holy Dormition, a hillside monastery that is one of the most important shrines of Russian Orthodoxy.

Neither side provided updates on the situation there on Tuesday morning, however.

Further west, Russian troops advanced towards Slovyansk, another key Russian target in the Donbas region, due to it being the main base of operations for the Ukrainian military in the Donbas.

He warned of a worst-case scenario in which the city of Severodonetsk would fall to Russian forces and a siege of the city of Slovyansk would begin.