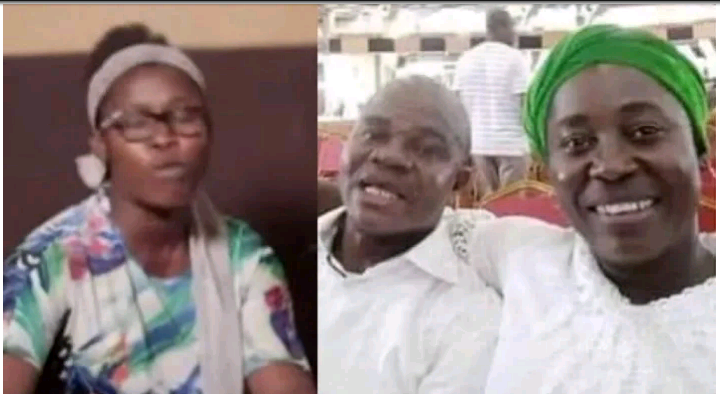 My brother-in-law tried to sow a seed of discord between Osinachi and I, says late singer’s twin

her sister’s husband tried many times to sow a seed of discord to separate them.

Ezeh, 42, who lives in Enugu took to the witness box to testify for the prosecution as PW3 in the alleged culpable homicide case against Nwachukwu.

Ezeh said that prior to her sister’s marriage to the defendant, she was very close to Osinachi.

”As twins we had a close bond.

“The defendant’s  action towards me proved that he did not want us to have any relationship.

“Her husband was not comfortable whenever he sees me with my sister. He vowed to separate us,” she alleged.

When Aderonke Imana, the prosecution counsel asked the witness to narrate her last encounter with her sister, before her death.

She said “my sister went through hard times. It is not ulcer that killed her, the bearings contributed to her death.

“She complained of chest pains and begged me to visit her in Abuja.

“I told her she knows her husband wil not allow me, she said I should forget about  him and come.

“When I arrived at the hospital, my sister hugged me and started crying, after a while Nwachukwu came in and asked  me what I was doing in his house and I told him I came to the hospital, not his house”.

Ezeh said that she left the hospital after persistent pressure from her sister to leave due the husband’s harassment.

“He insisted I leave the hospital,  so I left with my brother around 11pm, ” she added

The  witness further alleged that the next day,  Nwachukwu told the nurses not to allow her in the ward .

She also said that she  got upset and refused to leave the hospital and that Osinachi at this point begged her to do what will make her happy by not calling, texting or visiting her again.

“I decided to leave and told her that I love her and hugged her for the third time.

“After I left that Friday , I began to feel strange.

” I received a call that my sister was no more. When I called Nwachukwu, he told me he has  finally achieved what he intended to do. He said your sister is coming back dead,” she said.

I.A Aliyu, the defence counsel during cross- examination, asked the witness if the reason the defendant sent her away from the hospital was because the deceased needed to rest according to her witness statement.

The prosecution counsel at this point objected to the question and stated that the witness statement was not before the court, therefore Aliyu could not ask such question.

Aliyu on his part insisted that the document must be brought before the court, to enable him proceed with the question.

The Judge, Justice Njideka Nwosu-Iheme ruled and aligned with Aliyu’s  submission and stepped down the matter for 20 minutes in order for the document to be brought in.

Nwosu-Iheme again ruled in his favour and the document was tendered.

Reports have it that.  Imana had earlier in the proceeding made three oral applications.

The first one was brought pursuant to the provision of sections 156 and 158 of the Child Rights Act.

The application sought that persons other than the parties in the matter,the court officials, correctional staff and the witness’ guardians should not be allowed in the court when the witnesses would give their testimonies.

The second application Imana brought was premised on section 160 of the Child Rights Act and section 209 of the Evidence Act.

She said the application prayed the court to allow the other two witnesses, the deceased children who are minor to give unsworn evidence.

The final application brought pursuant to section 1, 2 (1) and 157 of the Child Rights Act urged the court to allow the witnesses to be brought to the court blind folded and for their faces to be shielded.

The judge had then  asked the defendant’s counsel if he had an objection to the applications.

When Aliyu said he was not objecting the application, the court granted the three applications.

The judge held that the applications were in the best interest of a child which is paramount must be considered during a proceeding in order to allow a child to be shielded while giving testimony.

The judge adjourned the case until July 15.

The court had on June 3 ordered that the defendant be remanded in Kuje Correctional Centre after he pleaded not guilty to the alleged homicide charge filed against him by the Attorney -General of the Federation.

He is standing trial on 23 counts bordering on domestic violence and homicide.

The defendant is accused of been responsible for the death of the late gospel singer who was popularly known for her song “Ekwueme”.

Nwachukwu was arrested by the police after his wife Osinachi died on April 8 following widespread allegations by their children, family and colleagues that he battered her.