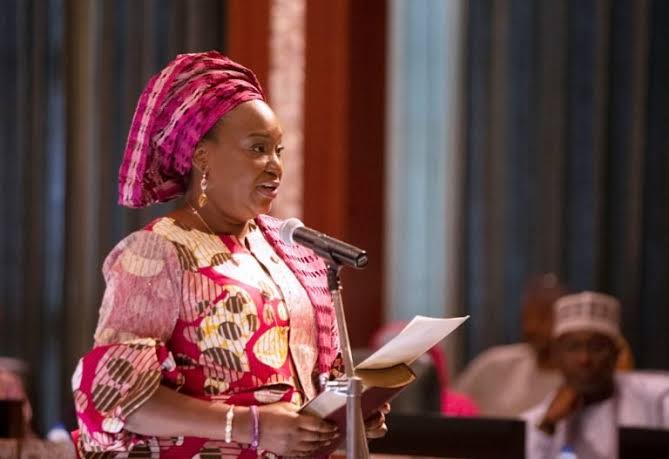 Yemi-Esan made this known at a Media Parley with Editors and Correspondents of Media Houses on Wednesday in Abuja.

The HOS, who is responding to the controversy surrounding the examinations and appointments of permanent secretaries, said their appointments were strictly based on merit.

She said their appointments passed through rigorous processes and there were no malpractices in the examinations as being alleged in some quarters, adding that “there are no preferred candidates”.

The HOS explained that some directors due for the examinations were always complaining about the introduction of computer-based tests as many of them were unable to operate computers.

She said it was difficult to understand how civil servants on the cadres of directors and permanent secretaries could not operate computers.

According to her, the office of the HOCSF used to set questions a day before the exams without the candidates or examiners knowing about it, so there is transparency in handling of the exams.

“If the service is going digital, and permanent secretaries who are supposed to lead the digitisation process don’t know how to operate computers, how can we not say that the public service is confused.

“How are they going to lead by example? That is the first thing, ” she explained.

She said the Federal Government had embarked on the digitisation of the civil service and all civil servants were expected to be able to operate computers.

Yemi-Esan said her office, in order to ensure that there was no malpractice, had to involve security agents both during the setting and the marking of the exams, hence there was no chance for manipulation or having preferred candidates.

On the issue of some MDAs not applying the civil service rules in some aspects of their operations, Yemi-Esan said any worker affected in any issue, had the right to petition to her office.

“In office of the HOCSF, we don’t know the details of what is happening in your parastatals and your agencies except you draw our attention to it.

“If you don’t draw our attention, we cannot know about it; that is the only way we are going to pay attention to whatever thing that is happening there,” she advised.

The HOS therefore advised all MDAs to key into the process in an effort to revolutionise Nigeria’s public service to global standards.

While appreciating the media for their cooperation with her since she assumed duty, Yemi-Esan said the forum was an interactive one to celebrate with media “as the country is celebrating the 2022 Civil Service Week.”

On salary harmonisation, Dr Emmanuel Meribole, the Permanent Secretary, Service Policies and Strategies, explained that the committee working on it would submit its reports within the next two months.

The forum, which was part of activities to mark 2022 Civil Service Week, attracted permanent secretaries across MDAs, media stakeholders from both print and electronic among others.