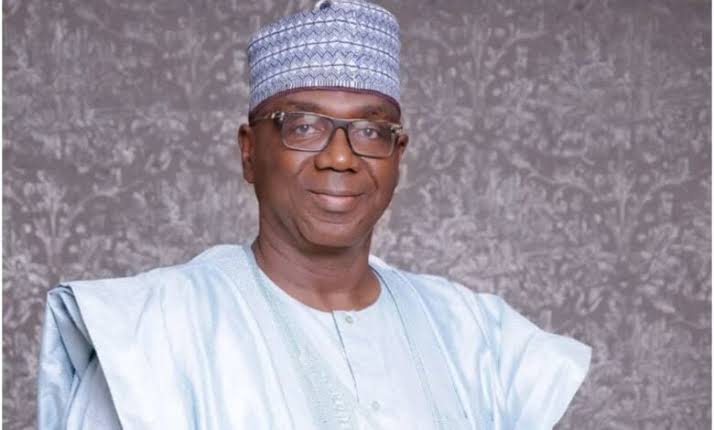 AbdulRazaq said this in Ilorin on Wednesday when he received Pastor William Kumuyi, the Founder and General Superintendent of the Deeper Life Christian Ministry, during a courtesy visit to Government House.

He said the #ENDSARS protest of 2020 was another signal for governments worldwide to listen to and properly engage young people to channel their energy to positive things.

The governor said that his government was young people-oriented, adding that many of its programmes are targeted at empowering them.

“Indeed, the focus of this government is youth engagement. This is why we are investing heavily in the education sector to be able to capture them young.

“Although we have challenges in funding because of dwindling resources, we still believe in human capital development, which includes catering for young people and their future.

“After paying salaries, which is our first line charge, there is really not much left but we are managing ourselves very well.

“We have been pushing the youth agenda and inclusion even in the coming elections in the state. Our primaries have just been concluded.”

The governor noted that a 26-year-old man vied for the State House of Assembly seat.

He said that the state government was also pushing the gender parity agenda by passing a bill that guaranteed 35 per cent employment and appointment of women.

According to him, the employment beneficiaries are mostly youths.

He added that many youths were seeking public office, as seen by the surge in the number of women and young people coming out for elective offices.

“We are indeed happy to receive you this morning in Government House. The YES programme you’ve talked about is a welcome development.

“It is a programme that will ignite the interest of the youths in political participation, business, community service and all spheres of life.

“We have great youth engagement here in Kwara, including at cabinet level. Just last week, also, we held a youth fair where youths showcased their talents in marketing and business.

“It was a successful event, which was the second one under us. And some of those who participated in the first event were able to get NAFDAC registration for their products, and they are doing well,” he said.

The governor said there was need to direct youths and make them confident in themselves to be able to achieve and know that the space is there for them to fulfil their destinies.

AbdulRazaq appreciated the clergyman and his entourage on the visit to the state and assured them of the government’s hospitality throughout their stay, saying the government is fully in support of the YES programme.

Speaking earlier, Kumuyi said that he visited the state to seek the support of the government for the ministry’s YES programme that was coming up in Kwara.

He said that the initiative was inspired by some of his recent engagements with young people outside Nigeria.

“My mission is to engage the youth, not just the Christian youths or Muslim youths.

”I want to open the eyes of the young people and show them who they can be and what they can be, and refocus them.

“If Your Excellency could come to address people as the governor of the state, it would be appreciated. I want to carry your voice to the rest of the world.

“Talk to them, redirect their minds positively and give them vision so that in our own time the young people we are handing over to will have something concrete from us and will be confident when we hand over to them.

“So, I invite the government to come and take part in it and encourage them. We’ve subtitled it ‘Youth Ego Swallow – YES’. We want to tell them we say yes to them, and if they say yes to us there is no limit to where they can get to,” the cleric said.

Kumuyi lauded the governor for always reaching out to the youth and engaging them in his administration.

He appreciated the governor’s policy and ways of handling things, describing AbdulRazaq as a leader for the grassroots and for everyone.

The programme is aimed at engaging and mentoring young people towards making them realize their huge potentials for development.