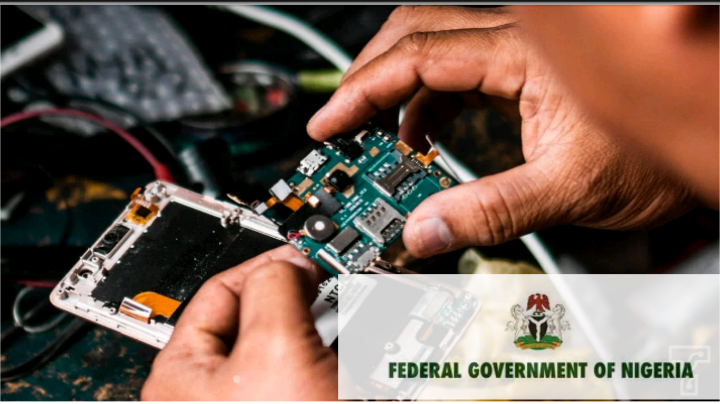 Some cell phone technicians in Mararaba, Nasarawa State , have called on the Federal Government to provide them necessary incentivest to boost their business.

The cell phone technicians made the appeal in separate interviews with our correspondent on Thursday.

One of the technicians, Mr Ahmed Muhammadu, who operates at Heart Plaza, said although the business had helped to meet some family needs, with more support from government he could do more for his family.

He said his desire was to scale up his business in order to create jobs and wealth.

Muhammadu said he faced the challenge of lack of inadequate fund, working materials and gadget.

He, therefore, called on government at all levels to help the artisans by providing them with the necessary financial and logistics support to expand their businesses.

“We have written to the government on several occasions for them to help our business but no response “he said.

“If handsets are not manufactured in Nigeria but we, Nigerians, can repair them when they are faulty, it means that if well trained we will have the capacity to manufacture them here in Nigeria”, he said.

Miss Charity Igozie, another cell phone technician, said the high cost of shop rent was the major factor that discourages a lot of people from coming into the business.

She added that she ventured into the business to enable her further her education.

She told our correspondent that if governments would subsidise the rents it would be creating more jobs as more youths would take to the trade.

Igozie said that she trained herself in higher education from the money she made from the business.

She also called on the government to assist the artisans by subsidising their tools.

“In my bid to keep my customers, I decide to repair customers’ at little profits.

“At times I end up not making any profit because many people doubt my ability because I am a woman,’’ she said.

Another technician, Mr Emmanuel Olayinka, said being in the business for five years has broadened his knowledge about phones and communication gadget.

Olayinka called on the authorities to beef up security around major business premises as their shops were being raided by thieves on regular basis.

Olayinka advised other cell phone technicians to endure the challenges encountered in the business as they await the Federal Government to improve on their business environment.

He urged the Federal Government and Non-Governmental Organisations to support their business with grants and loans.

Mr Christopher Mailo, a student from Futo University, said he does cell phone repairs in school on part time basis to augment the stipends from his sponsors.

According to him, he learnt the skill from his elder brother who is also into the business.

“I also do the business whenever schools are on holidays to earn a living and save some money ahead of school resumption,’’ he said.

He said from the money he makes from the business he pays for his hostel while his parents take care of his school fees.

“Even as a student, I can produce a good phone if am given the opportunity and equipment.. In our country today, we have thousands of cell phone technicians who are good in the field.

“I want to appeal to the government to provide the necessary equipment so that we can start producing phones in our country and stop importing them, “he said.

Mailo also said that the technicians faced the challenge of irregular power supply which was compounded by the high cost of fueling their generators.