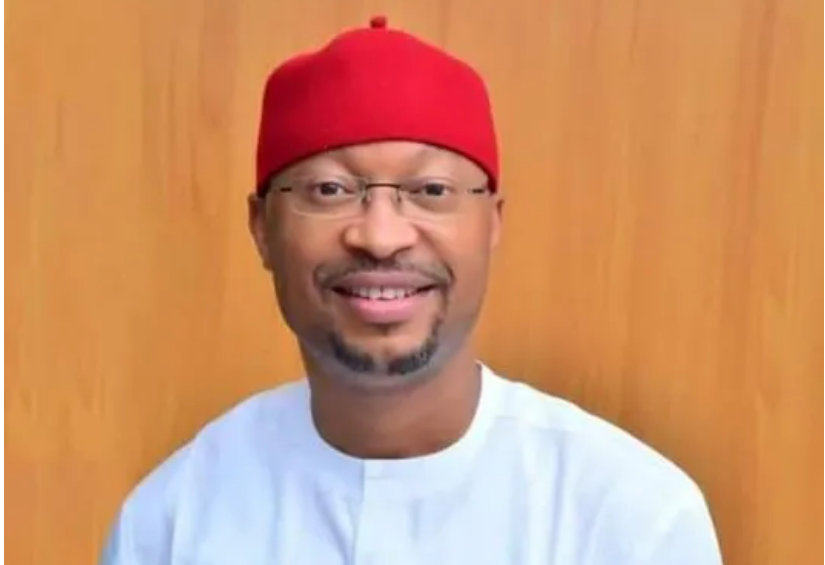 The Abia Governorship Candidate of the Young Progressives Party (YPP), Chief Enyinnaya Nwafor, has pledged to stimulate infrastructure development in the state, if elected.

Nwafor,  who is the first son of a one-time Deputy Governor of the state, Dr Chima Nwafor, made the pledge on Saturday in Aba, the economic hub of the state.

Nwafor formally announced his candidacy and also unveiled the YPP candidates for 2023 at the event, which attracted a large crowd of his supporters and party faithful.

He promised to initiate policies and programmes that would trigger off socioeconomic transformation and increased wealth creation in every part of the state.

Nwafor said: “I want to pledge that a new thing will happen in Abia in 2023 to restore the dignity of man in the state.
“I want to make a pledge that we will not disappoint you and will not take your support for granted.

“We will do everything humanly possible to wipe away the  tears of teachers, civil servants, youths and entire people of Abia.

“I have engaged in meticulous preparation for this project for seven years and I urge you to expect nothing but the best from me.

“We will create wealth in this state and there is going to be massive infrastructure revolution in the state.
“As an engineer, I  know what it takes and I will do it.”

He urged the people to remain confident, saying that the crop of YPP candidates that emerged had the capacity to liberate the state from long years of bad governance.

Nwafor said that the current political trend had raised the need for the youths to take over the leadership of Abia.
He gave assurance that he would transform Abia into the most developed state in the country.

In a brief remark, Nwafor’s running mate, Mr China Anyaso, said that youths remain a vital part of the state and nation.

Anyaso appealed to the youths of the state to support candidates that had shown willingness to promote good governance.

The National Chairman of YPP, Mr Bishop Amakiri, described the party as the “live ship” that would take the people of Abia to their desired Eldorado.

Amakiri urged the people to secure their permanent voter cards and choose wisely through their votes.

Earlier, Mr Nelcinn Uluocha, the State Chairman of YPP, said that the party would serve as an avenue for positive turnaround in the state.

Uluocha said that the party was poised to achieve the dream and aspirations for a better Abia for the betterment of the citizenry.

In an interview with newsmen, Mr Ibe Nwoko, said that “it is time for articulate and vibrant youths to take over the affairs of leadership in Abia”.

He spoke of the need to end the vicious cycle of electing “old and frail  persons” into power.

Nwoko, who defected from PDP to YPP,  is the House of Representatives Candidate for Osisioma/Obingwa/Ugwunagbo Federal Constituency.

He said that he joined the race to provide quality representation to his constituency.

Nwoko, a former Chairman of Obingwa Local Government Area, said, “It is time for articulate and vibrant youths to take over the affairs of leadership in Abia.”