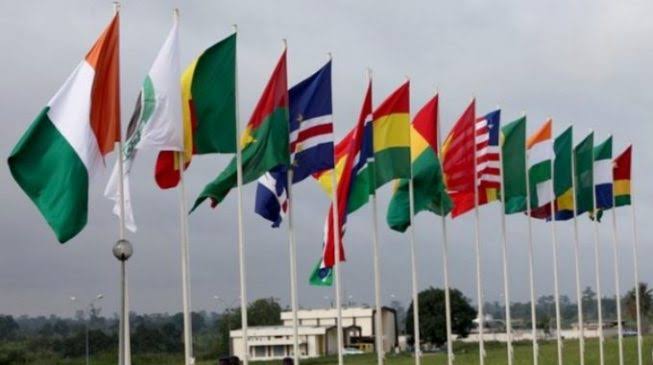 The parliament made the call in a resolution which was adopted on the floor of the house at the end of its 2022 First Ordinary Session in Abuja.

Reading the resolution, Hon. Memounatou Ibrahima, Third Deputy Speaker of the Parliament said the resolution was adopted following deliberations on the rising insecurity in some countries of the region.

This is coming as the parliament condemned the resurging terrorist attacks in some member countries which have led to humanitarian crisis with massive displacement of West African citizens.

The resolution reads “Mindful of the protocol relating to mechanism and prevention, management of conflict resolution, peacekeeping and security, it (parliament) is convinced that as a representation of the population of West African people, it has to promote peace and security, democracy and good governance – essential factors to achieve regional integration objectives.

“Mindful of Article 15 of the Supplementary Act relating to the strengthening of the powers of the Parliament of ECOWAS and being concerned with the resurgence of terrorist acts in the West African region as well as the loss of human lives that they cause and all other problems that are seen among the civilians, and considering the massive displacement of population within the sub-region, and after deliberating and adopting the following resolutions, Article one, condemns the recent deadly terrorist attacks in Mali, Niger, Burkina Faso which extends up to Cote d’ Ivoire, Togo, and Benin.

“Article two, expresses sincere condolences to victims and their families and the governments of affected countries

“Article three, affirms that the effectiveness against the fight against terrorism depends on the strengthening of the cooperation of the states.

“Article four, requests the member states to coordinate their actions with a view to preventing and bringing to an end the terrorism in our community.

“Article five, supports concerted actions taken by our member states to be able to bring down the scourge of terrorism.”

The parliament charged the speaker to transmit its resolutions to the President of the ECOWAS Commission for onward submission to the Authority of ECOWAS Heads of State and Government.

First Deputy Speaker of the Parliament, Hon. Idris Wase who chaired the closing of the plenary said as parliamentarians, members of the house should live up to their responsibilities of effectively representing ECOWAS citizens.

“As members of parliament, our major responsibility is to represent the people and work towards the transformation of our community into a self-sufficient, sustainable, prosperous, and peaceful sub-region.

“We need to take back control of our lives and the future of our region.

“Consequently, community institutions as vehicles of the integration process, must be made to function efficiently towards fulfilling their respective mandates to the people.

“As was stated in the honourable speaker’s opening address, the first step towards attaining full parliamentary status is the direct election of members to the ECOWAS Parliament.

“This also means that we must step up the task at hand. We must work relentlessly to ensure that our efforts yield the needed dividends,” Wase said.

The session which opened on June 9, was aimed at deliberating on draft community regulations emanating from the commission.

The resurgence of terrorism and insecurity in the sub-region; proferring solutions to the menace; examining community strategies targeted at improving governance; and the unconstitutional change of government,  were among issues at the forefront of discourse during the session.