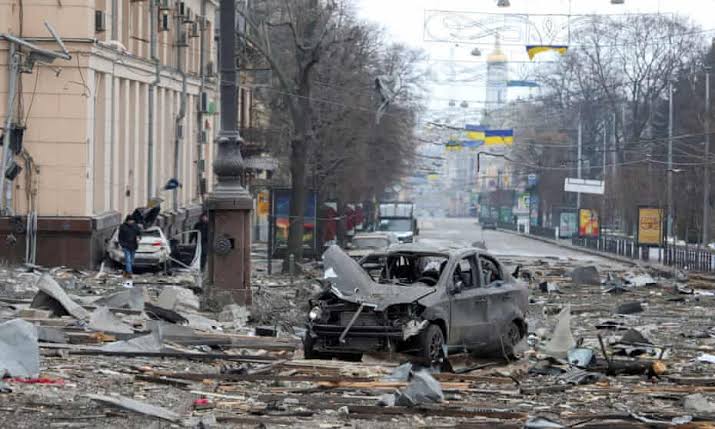 “The Russian occupiers carried out a missile attack on Mykolaiv,’’ Vitaly Kim, the Governor of the Mykolaiv region, wrote on Telegram.

He added that one missile had hit a high-rise building.

Local authorities called on people to remain in air raid shelters and not to post pictures of damage caused by the attacks.

Elsewhere, Russian troops in eastern Ukraine were attempting to encircle the strategically important city of Lysychansk in the Luhansk region of eastern Ukraine.

This is according to the Ukrainian general staff’s situation report.

Russian troops were reported by the Ukrainian military to be on the southern edge of the city, while pro-Russian separatists reported that fighting was already underway inside the city.

Russian attacks were taking place around the town of Bakhmut, west of Lysychansk, the general staff report said.

Two bodies were recovered after an attack on the eastern Ukrainian city of Dnipro on Wednesday morning.

Six missiles were fired in total at Dnipro on Tuesday, one of which hit a car repair shop, according to local media reports.

Rescuers discovered bodies of man and a woman under the rubble of a building that was hit by a Russian missile, the governor of the Dnipropetrovsk region, Valentyn Reznichenko, wrote on Telegram.